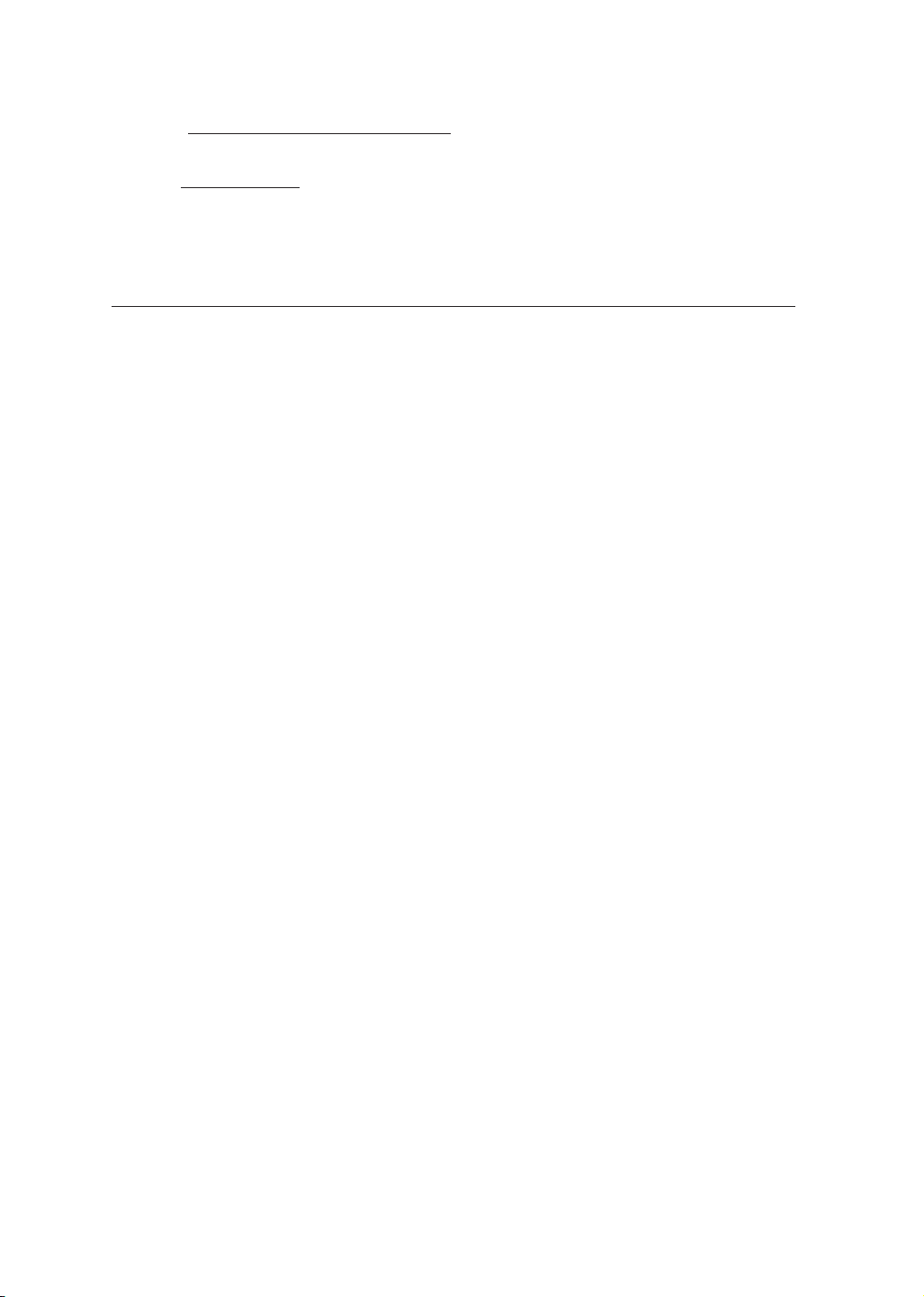 4102.Duty of Undivided Loyalty - Essential Factual Elements
[Name of plaintiff] claims that [he/she/nonbinary pronoun/it] was harmed
by [name of defendant]’s breach of the fiduciary duty of loyalty. [A/An]
[agent/stockbroker/real estate agent/real estate broker/corporate officer/
partner/[insert other fiduciary relationship]] owes [his/her/nonbinary
pronoun/its] [principal/client/corporation/partner/[insert other fiduciary
relationship]] undivided loyalty. To establish this claim, [name of plaintiff]
must prove all of the following:
1. That [name of defendant] was [name of plaintiff]’s
[agent/stockbroker/real estate agent/real estate broker/corporate
officer/partner/[insert other fiduciary relationship]];
2. That [name of defendant] [insert one of the following:]
2. [knowingly acted against [name of plaintiff]’s interests in
connection with [insert description of transaction, e.g., “purchasing
a residential property”];]
2. [acted on behalf of a party whose interests were adverse to [name
of plaintiff] in connection with [insert description of transaction,
e.g., “purchasing a residential property”];]
3. That [name of plaintiff] did not give informed consent to [name of
defendant]’s conduct;
4. That [name of plaintiff] was harmed; and
5. That [name of defendant]’s conduct was a substantial factor in
causing [name of plaintiff]’s harm.
New June 2006; Revised June 2010
Directions for Use
The instructions in this series are intended for lawsuits brought by or on behalf of
the principal. They also assume that the plaintiff is bringing a legal cause of action,
not an action in equity. (See Van de Kamp v. Bank of America (1988) 204
Cal.App.3d 819 [251 Cal.Rptr. 530].)
For a breach of fiduciary duty instruction in cases involving attorney defendants, see
CACI No. 4106, Breach of Fiduciary Duty by Attorney - Essential Factual
Elements.
While the advisory committee has not included “employee” as an option for
identifying the defendant agent in element 1, there may be cases in which certain
employees qualify as “agents,” thereby subjecting them to liability for breach of
fiduciary duty.
1024
Copyright Judicial Council of California 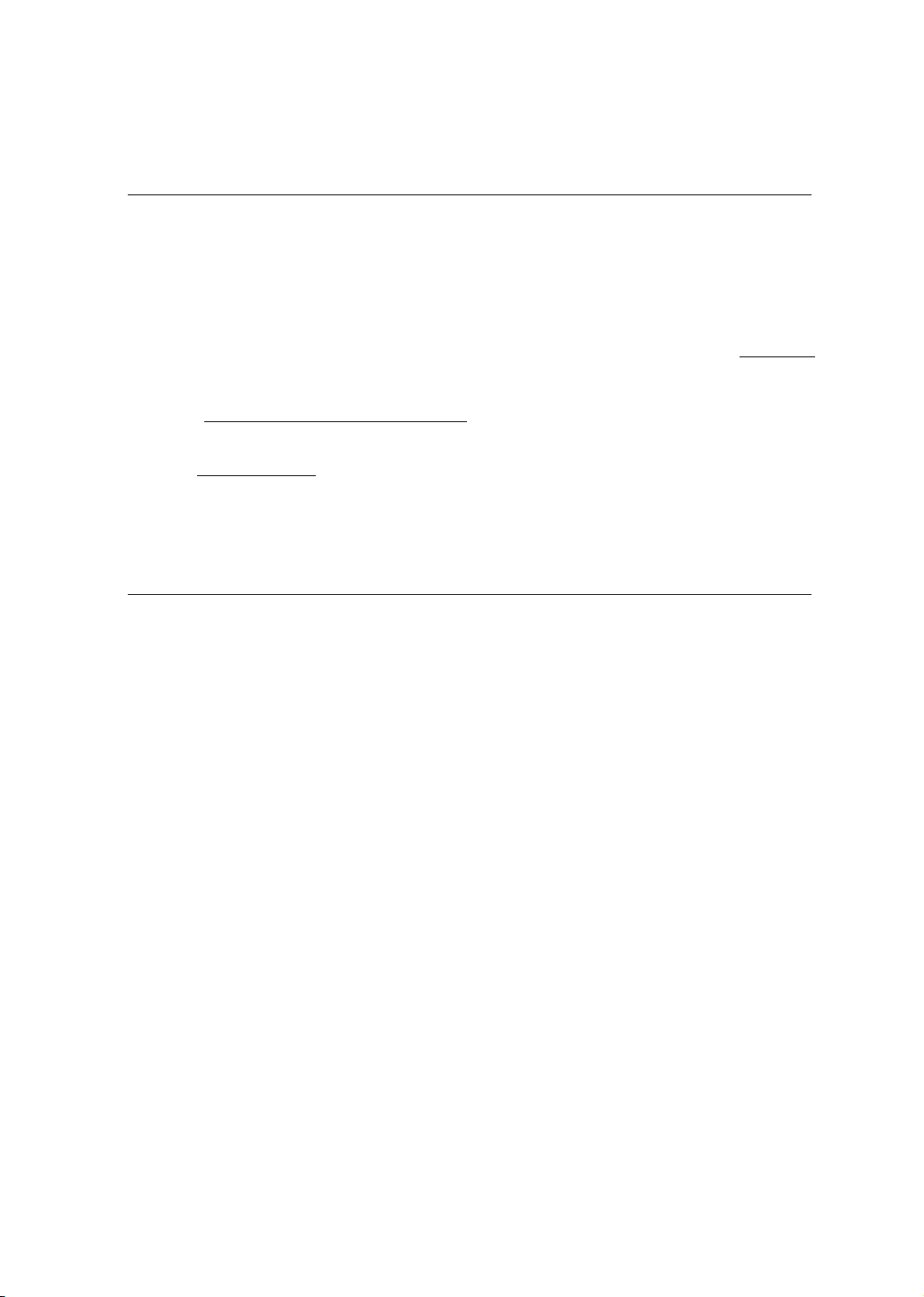 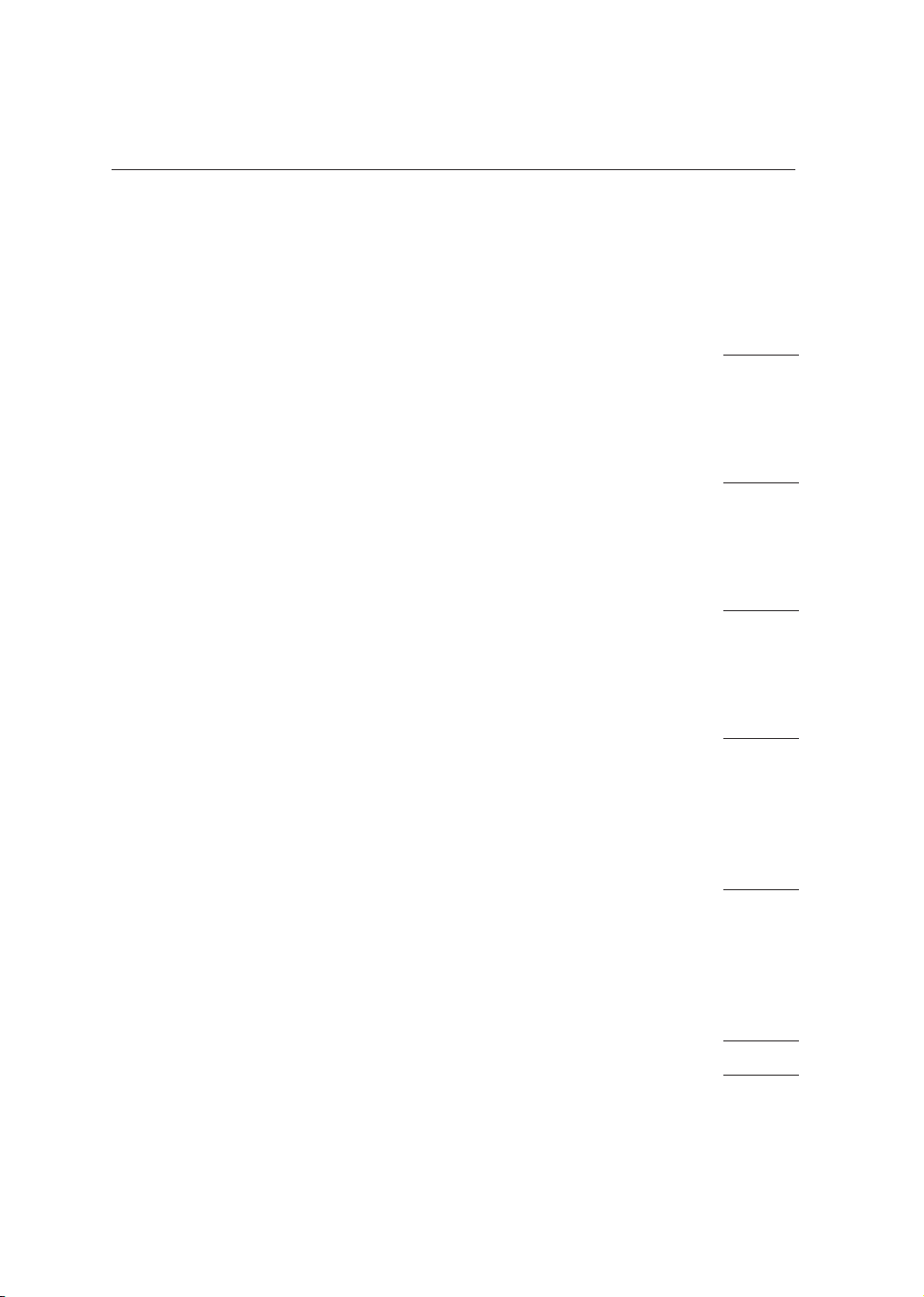 or acts or transactions of a specified type that could reasonably be
expected to occur in the ordinary course of the agency relationship.
(2) An agent who acts for more than one principal in a transaction between
or among them has a duty
(a) to deal in good faith with each principal,
(b) to disclose to each principal
(i) the fact that the agent acts for the other principal or
principals, and
(ii) all other facts that the agent knows, has reason to know, or
should know would reasonably affect the principal’s judgment
unless the principal has manifested that such facts are already
known by the principal or that the principal does not wish to
know them, and
(c) otherwise to deal fairly with each principal.
• “Every agent owes his principal the duty of undivided loyalty. During the course
of his agency, he may not undertake or participate in activities adverse to the
interests of his principal. In the absence of an agreement to the contrary, an
agent is free to engage in competition with his principal after termination of his
employment but he may plan and develop his competitive enterprise during the
course of his agency only where the particular activity engaged in is not against
the best interests of his principal.” (Sequoia Vacuum Systems v. Stransky (1964)
229 Cal.App.2d 281, 287 [40 Cal.Rptr. 203].)
• “The determination of the particular factual circumstances and the application of
the ethical standards of fairness and good faith required of a fiduciary in a given
situation are for the trier of facts.” (Sequoia Vacuum Systems, supra, 229
Cal.App.2d at p. 288, internal citation omitted.)
• “[T]he protection of the principal’s interest requires a full disclosure of acts
undertaken in preparation of entering into competition.” (Sequoia Vacuum
Systems, supra, 229 Cal.App.2d at p. 287, internal citation omitted.)
• “It is settled that a director or officer of a corporation may not enter into a
competing enterprise which cripples or injures the business of the corporation of
which he is an officer or director. An officer or director may not seize for
himself, to the detriment of his company, business opportunities in the
company’s line of activities which his company has an interest and prior claim
to obtain. In the event that he does seize such opportunities in violation of his
fiduciary duty, the corporation may claim for itself all benefits so obtained.”
(Xum Speegle, Inc. v. Fields (1963) 216 Cal.App.2d 546, 554 [31 Cal.Rptr. 104],
internal citations omitted.)
• “A fiduciary relationship is ‘ “any relation existing between parties to a
transaction wherein one of the parties is . . . duty bound to act with the utmost
good faith for the benefit of the other party. Such a relation ordinarily arises
CACI No. 4102 BREACH OF FIDUCIARY DUTY
1026
Copyright Judicial Council of California 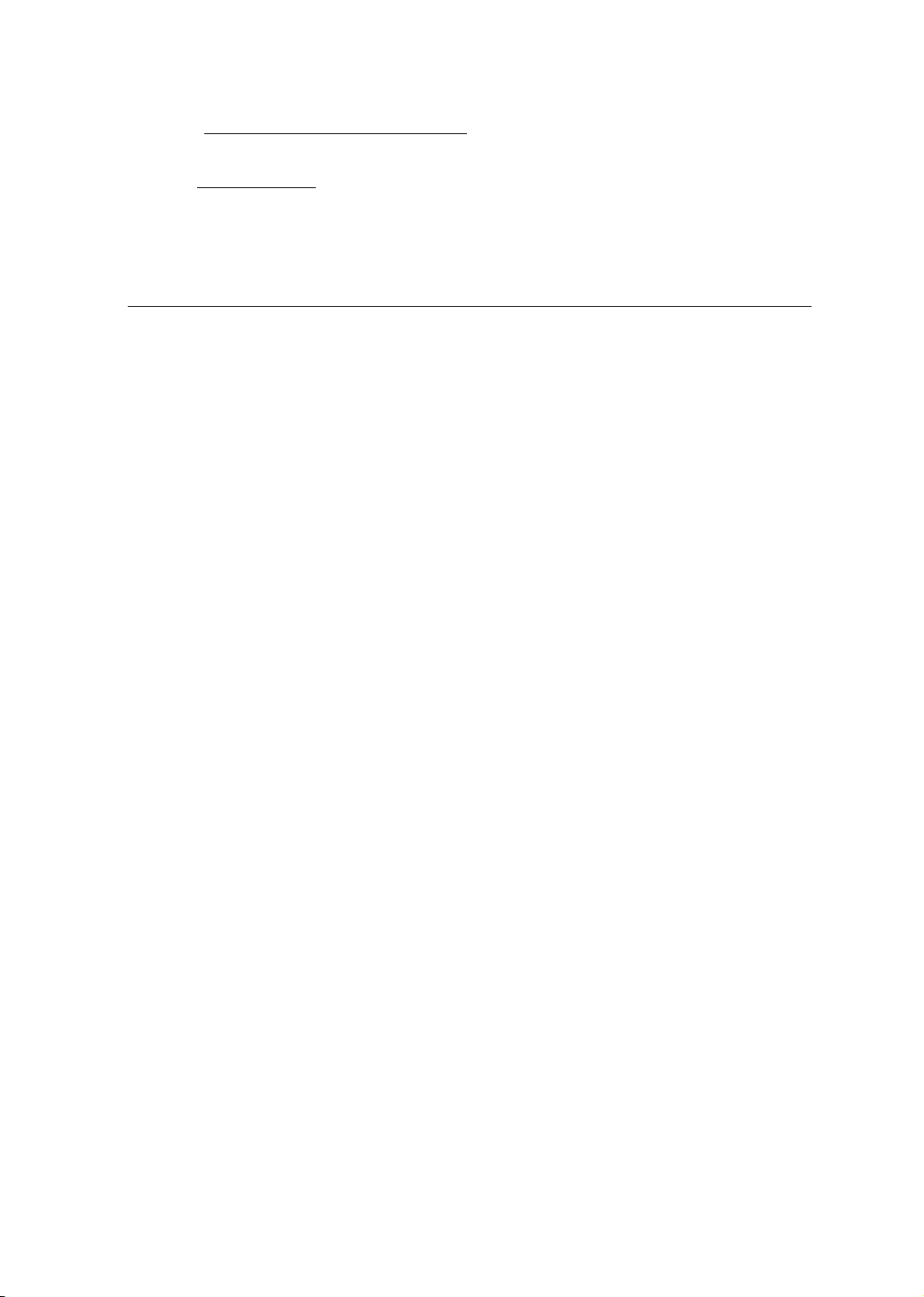 where a confidence is reposed by one person in the integrity of another, and in
such a relation the party in whom the confidence is reposed, if he voluntarily
accepts or assumes to accept the confidence, can take no advantage from his acts
relating to the interest of the other party without the latter’s knowledge or
consent.” ’ ” (Wolf v. Superior Court (2003) 107 Cal.App.4th 25, 29 [130
Cal.Rptr.2d 860].)
• “Inherent in each of these relationships is the duty of undivided loyalty the
fiduciary owes to its beneficiary, imposing on the fiduciary obligations far more
stringent than those required of ordinary contractors. As Justice Cardozo
observed, ‘Many forms of conduct permissible in a workaday world for those
acting at arm’s length, are forbidden to those bound by fiduciary ties. A trustee is
held to something stricter than the morals of the market place. Not honesty
alone, but the punctilio of an honor the most sensitive is then the standard of
behavior.’ ” (Wolf, supra, 107 Cal.App.4th at p. 30, internal citation omitted.)
Secondary Sources
3 Witkin, Summary of California Law (11th ed. 2017) Agency and Employment,
§§ 72-93
35 California Forms of Pleading and Practice, Ch. 401, Partnerships: Actions
Between General Partners and Partnership, § 401.20 (Matthew Bender)
37 California Forms of Pleading and Practice, Ch. 427, Principal and Agent,
§ 427.23 (Matthew Bender)
BREACH OF FIDUCIARY DUTY CACI No. 4102
1027
Copyright Judicial Council of California