Claimed Lawyer ProfileSocial Media
Jerry Michael Blevins
Montgomery, AL Appeals & Appellate Lawyer with 27 years of experience
(334) 262-7600 Hillwood Office Center
2800 Zelda Road, Suite 200-3
Montgomery, AL 36106
Free ConsultationAppeals, Criminal, Family and Legal Malpractice
Jones School of Law
Show Preview
View Website View Lawyer Profile Email Lawyer
The Law Office of Jerry M. Blevins was founded in April 1994, by Jerry M. Blevins. Mr. Blevins practices in all levels of state and federal courts in Alabama, with a primary focus in the areas of criminal defense, personal injury, legal malpractice, family law, divorce, juvenile law, and appellate work in both criminal and civil cases. With offices located in Montgomery and Birmingham, Alabama, Mr. Blevins represents clients throughout the State of Alabama as well as in other states as co-counsel. Mr. Blevins has a stellar reputation among his peers, the community, and those he has...
Compare Save 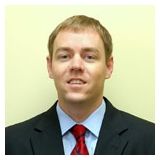 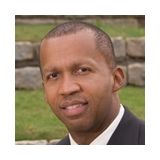 Free ConsultationOpelika, AL Appeals & Appellate Attorney
Appeals, Criminal, Family and Personal Injury
University of Alabama School of Law and University of Alabama - Birmingham
Show Preview
View Website View Lawyer Profile Email Lawyer
Backed by an extensive education and years of experience, founder Barbara H. Agricola values each and every client and offers her clients a level of service and attention that is rarely experienced in the industry. Understanding not only Alabama and Georgia law but its personal implications, Barbara provides long-term advocacy and legal guidance that is designed to protect the interests, goals, and objectives of each client. With open and consistent communication being held as key to building a successful client/attorney relationship, Barbara focuses her every effort at remaining personally involved and available to her clients at all times.

Born and raised...
Compare Save

Free ConsultationOffers Video ConferencingVideo ConfBirmingham, AL Appeals & Appellate Attorney with 5 years of experience
Appeals, Business, Criminal and DUI
Cumberland School of Law, Samford University
Show Preview
View Website View Lawyer Profile Email Lawyer
Kyle is a lifelong Alabamian who grew up in Attalla, graduated from The University of Alabama, then attended Samford University's Cumberland School of Law. His law practice is built around solving issues for the people and businesses of Alabama so they can do more.

Free ConsultationAppeals, Criminal, Employment and Personal Injury
Cumberland School of Law, Samford University
Show Preview
View Website View Lawyer Profile Email Lawyer
I have over twenty-four (24) years of extensive experience in the areas of civil and criminal law in Alabama’s state and federal courts at both the trial and appellate levels. Specializing in both civil and criminal cases has given me a unique advantage over most attorneys because I have learned techniques that are applicable to both disciplines of the law. For most of my legal career, I have had a BV Rating from Martindale-Hubbell peer review rating. My practice areas have been criminal defense, state and federal appellate practice, particularly with an emphasis on death penalty cases, sexual harassment, employment...
Compare Save

Claimed Lawyer ProfileSocial Media
Leroy Maxwell Jr.
Birmingham, AL Appeals & Appellate Lawyer with 9 years of experience
(205) 216-3304 2100 1st Ave. N, Suite 370
Birmingham, AL 35203
Free ConsultationAppeals and Criminal
Valparaiso University School of Law
Show Preview
View Website View Lawyer Profile Email Lawyer
I have experience in both state and federal court, both in and outside of Alabama and have focused my practice on Appellate Litigation, Civil Rights, and Criminal Defense. Prior to founding Maxwell Tillman, I was a senior civil rights and criminal defense trial lawyer at one of Birmingham's top criminal defense firms. I also worked as a Fellow with the Equal Justice Initiative (EJI) where I assisted EJI in all areas of Appellate Litigation.
Compare Save

Claimed Lawyer ProfileSocial Media
Michael L. Jackson
Birmingham, AL Appeals & Appellate Lawyer with 28 years of experience
(205) 874-0315 800 Shades Creek Parkway, Suite 400
Birmingham, AL 35209
Appeals, Arbitration & Mediation, Business and Employment
University of Texas - Austin
Show Preview
View Website View Lawyer Profile Email Lawyer
Michael L. Jackson’s practice focuses on civil litigation in state and federal courts, particularly in the areas of employment law, and he is experienced in appellate and other post-judgment proceedings, construction law, commercial litigation, arbitration, and other methods of alternative dispute resolution. He graduated from Auburn University and then graduated with honors from the law school at the University of Texas in Austin, Texas. Following his graduation from law school, he served as law clerk to Justice Hugh Maddox of the Supreme Court of Alabama. He is admitted to practice in all federal and state courts in Alabama, the United...
Compare Save

Claimed Lawyer ProfileSocial Media
Edward Still
Birmingham, AL Appeals & Appellate Attorney with 50 years of experience
(205) 335-9652 429 Green Springs Hwy
STE 161-304
Birmingham, AL 35209
Appeals
University of Alabama School of Law
Show Preview
View Lawyer Profile Email Lawyer
Edward Still has practiced in Alabama and Washington, D.C., since 1971. He was in private practice in Tuscaloosa from 1971 until 1975, then in Birmingham until 1997. He was Director of the Voting Rights Project of the Lawyers’ Committee for Civil Rights Under Law, a non-profit public interest law firm in Washington, D.C. from 1997 until 2001. He was a Special Counsel to the Washington firm of Dickstein Shapiro Morin & Oshinsky LLP in 2001 and 2002. He returned to Birmingham in 2002. Edward Still has nearly 50 years of experience in the field of...
Compare Save