Claimed Lawyer ProfileSocial MediaResponsive Law
George Frank Lannom
Lebanon, TN Cannabis & Marijuana Law Attorney with 30 years of experience
(615) 444-3995 137 Public Sq
https://lannomwilliams.com/attorneys/frank-lannom/
Lebanon, TN 37087
Free ConsultationCannabis Law, Criminal, DUI and Domestic Violence
University of Tennessee - Knoxville
Show Preview
View Website View Lawyer Profile Email Lawyer
I concentrate my practice on the defense of citizens accused of crimes. The principle of my practice is simple: I believe that you have to care for the people you represent. This ideology results in my offering a personal and specialized approach to each of my clients. I offer genuine concern and empathy for those I represent and this is the core of my practice. I will do everything that can be done to provide you the best defense possible and I and my team of lawyers, paralegals and investigators will do it to the best our ability. I...
Compare Save 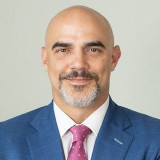 Free ConsultationOffers Video ConferencingVideo ConfNashville, TN Cannabis & Marijuana Law Attorney with 16 years of experience
Cannabis Law, Criminal, DUI and Personal Injury
Nashville School of Law
Show Preview
View Website View Lawyer Profile Email Lawyer
I am Joseph Warren Fuson. I am a Husband, Father, Outdoorsman and Lawyer. I am an experienced trial lawyer who spends a large majority of my time in a courtroom defending people who have been charged with a crime, fighting to recover money for people who have been injured, or litigating in civil court on behalf of my individual client or for my small business clients. My law partner Mark Freeman and I have owned and operated Freeman & Fuson for over 10 years. Mark is a civil trial specialist and heads up the civil litigation and appellate division of...
Compare Save