Claimed Lawyer ProfileBlawg SearchSocial Media
Nathan Andrew Dickson II
Montgomery County, AL Consumer Law Attorney with 16 years of experience
(888) 297-9592 7030 Fain Park Dr #10
Montgomery, AL 36117
Free ConsultationConsumer, Insurance Claims, Personal Injury and Products Liability
Washington and Lee University School of Law
Compare Save
Show Preview
View Website View Lawyer Profile Email Lawyer
Mr. Dickson joined the firm in 2005. His clients include individuals who have been injured or had loved ones killed because of the negligence of others or as the result of defective products, including automobiles, boats, defectively designed or maintained roads, pharmaceuticals and medical devices, and heavy equipment. He also represents individuals and small businesses who have suffered financial loss due to the wrongful acts of others, including defective farm and logging equipment, tainted agricultural seed, site-built and manufactured home construction defects, breach of contract, fraudulent and inappropriate investment products, fraudulent misrepresentation, deceptive trade and business practices, breach of warranty,... 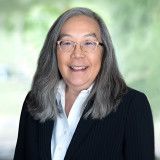 Free ConsultationConsumer, Arbitration & Mediation, Insurance Claims and Personal Injury
University of Alabama School of Law
Compare Save
Show Preview
View Website View Lawyer Profile Email Lawyer
Growing up in the north Alabama community of Hamilton, Christy Crow's earliest memory in life is of being in a Courtroom. Not because Christy had parents that were lawyers but because her father was injured through the gross negligence of another. "Daddy had never ridden on a motorcycle in his life until that day. He got on the motorcycle with one of his co-workers and they made it less than a mile down the road and were stopped at a traffic light. A semi-truck driver left his glasses at home that day and had pulled up behind them. He never...
Next
Consumer Lawyers in Nearby Cities
FAQ Lawyers Get Listed