Free ConsultationConsumer and Bankruptcy
Salmon P. Chase College of Law, Northern Kentucky University
Compare Save
Show Preview
View Website View Lawyer Profile
My name is Kim Coleman and I have more than 20 years of experience as a bankruptcy lawyer. I was born and raised in the Cincinnati area and received my law degree from Salmon P. Chase College of Law in Northern Kentucky. During my career, I have practiced law in Cincinnati, Cleveland, Pittsburgh, Harrisburg, and Philadelphia helping people and businesses reorganize or wipe out their debt. I have represented hundreds of clients, and handled hundreds of court appearances. I can assist you with, including Chapter 7 Bankruptcy, Chapter 13 Bankruptcy, Debt Settlement, and Rebuilding your Credit. I also assist you...

Claimed Lawyer ProfileSocial Media
Noah R. Friend
Pikeville, KY Consumer Law Lawyer with 13 years of experience
(606) 369-7030 PO Box 610
Pikeville, KY 41502
Free ConsultationConsumer, Appeals, Bankruptcy and Civil Rights
University of Kentucky College of Law
Compare Save
Show Preview
View Website View Lawyer Profile
Noah Friend has spent most of his life in Pikeville, Kentucky, and graduated from Pikeville High School. He attended the University of Kentucky for his undergraduate education, where he majored in History. He then attended law school at the University of Kentucky, and graduated in the top 25 of his class. After completing law school, he spent over three years working for the United States Magistrate Judge in Ashland and Pikeville. Mr. Friend opened a solo practice in January, 2011, focusing on bankruptcy and consumer rights issues, as well as issues involving constitutional law. In 2012, he partnered with Christopher Hunt to form Friend... 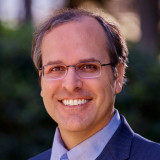 Free ConsultationLouisville, KY Consumer Law Attorney
Consumer, Nursing Home, Personal Injury and Products Liability
Compare Save
Show Preview
View Lawyer Profile Email Lawyer
Justin Sanders brings more than 15 years of civil litigation experience to the team at Becker Law. His top priority is fighting for clients’ interests, understanding the challenges they face, helping them secure just compensation, and resolving their losses. Justin grew up in a family of lawyers, which inspired him to become a dedicated advocate for those who were injured or lost a loved one due to the negligence of another. A resident of Kenton County, Kentucky, Justin graduated from the University of Kentucky before earning his Juris Doctor degree with honors from the Pepperdine University School of Law. Justin’s primary...