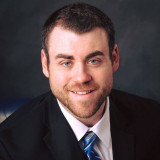 Claimed Lawyer ProfileQ&A
Devin C. DiDominicus
Edwardsville, IL Criminal Law Lawyer with 6 years of experience
(618) 692-8225 315 N. Main Street
STE 1
Edwardsville, IL 62025
Free ConsultationCriminal, Divorce, Family and Probate
DePaul College of Law
Compare Save
Show Preview
View Website View Lawyer Profile Email Lawyer
Devin C. DiDominicus was born in Granite City, Illinois. He received his law degree from DePaul College of Law in Chicago, Illinois where he won awards for his superior performance in trial advocacy, litigation strategies, and securities law. After spending time with the Cook County Public Defender’s Office, he returned to southern Illinois to open his own practice. While practicing on his own, he handled family cases, including complex and contested divorces, as well as criminal and testamentary matters. Counselor DiDominicus now works with the firm of Swanson and Sackett, P.C.