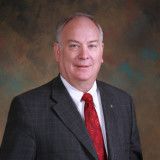 (2 Peer Reviews)
(815) 391-0089 308 West State Street
Suite 327
Rockford, IL 61101
Rockford, IL Criminal Law Attorney with 9 years of experience
Criminal, DUI, Personal Injury and Traffic Tickets
Florida Coastal School of Law
Compare Save
Show Preview
View Website View Lawyer Profile Email Lawyer
The majority of my practice revolves around fighting for those injured in major and catastrophic motor vehicle accidents and defending those accused of DUI, Misdemeanor, Felony, and Traffic offenses. I have NEVER worked for, or taken on an insurance company as a client, and I've NEVER prosecuted anyone on behalf of a state or federal agency. When you hire me, if you e-mail, call, or text message the office, I'm the one that answers, when we go to court, I'll be the one there with you, NOT an associate. Feel free to read some reviews from former clients...

(3 Peer Reviews)
(773) 694-8129 10024 Skokie Boulevard
Skokie, IL 60077
Free ConsultationSkokie, IL Criminal Law Attorney with 24 years of experience
Criminal, DUI, Domestic Violence and White Collar Crime
University of Missouri - Columbia
Compare Save
Show Preview
View Website View Lawyer Profile Email Lawyer
A+ Rated with the BBB and with well over 100 5-Star reviews online, Andrew M. Weisberg is a highly successful criminal defense attorney. Call Now for a Free and Immediate Consultation at (773) 694-8129. Mr. Weisberg returns most calls within 15 minutes! Don't trust your freedom and future to lawyers who practice in multiple areas of law. It is critical to hire an attorney solely dedicated to the practice of criminal defense. Mr. Weisberg commits 100% of his practice to defending those who have been accused of a crime in Chicagoland. His sole mission is to provide the best representation... 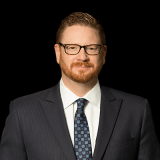 
Criminal and Family
University of Iowa College of Law
Compare Save
Show Preview
View Website View Lawyer Profile Email Lawyer
Henry D. Kass is a partner at MKFM Law, LLC, who focuses primarily in the areas of domestic relations, guardianship, and criminal law. He obtained his bachelor of arts from the University of Iowa in Iowa City, Iowa and also studied abroad at the University of the Basque Country in San Sebastian, Spain. Following his studies overseas, Henry attended the University of Iowa College of Law where he obtained his Juris Doctorate. Thereafter, he became an Assistant State’s Attorney with the DuPage County State’s Attorney’s Office under now Appellate Court Justice, Joseph E. Birkett. There, he prosecuted domestic violence and...
Next
Criminal Lawyers in Nearby CitiesCriminal Lawyers in Nearby Counties
FAQ Lawyers Get Listed