Claimed Lawyer ProfileSocial Media
Nicholas Wheeler
Allen County, IN Criminal Law Attorney with 5 years of experience
(260) 420-9095 622 S Calhoun St
Fort Wayne, IN 46802
Free ConsultationCriminal, DUI, Divorce and Juvenile
Indiana University Robert H. McKinney School of Law
Compare Save
Show Preview
View Website View Lawyer Profile Email Lawyer
I am a United States Air Force Veteran serving for ten years with three deployments, including a combat deployment to Iraq. After leaving the military, I attended Indiana University-Purdue University where I earned a Bachelor's Degree in English with a concentration in writing. After college, I attended the Indiana University Robert H. McKinney School of Law. I was admitted to the Indiana Bar in 2015 and licensed to practice law in Indiana.

Criminal, DUI, Divorce and Family
University of Dayton School of Law
Compare Save
Show Preview
View Website View Lawyer Profile Email Lawyer
Dave Joley is a Fort Wayne native, graduating from Bishop Dwenger High School in 1996. He is admitted to practice law in the Federal Districts of Northern and Southern Indiana, as well as the State of Indiana. His practice areas include Worker’s Compensation, Personal Injury, and Family Law, with a concentration in Criminal Defense.

Claimed Lawyer ProfileSocial Media
Anthony Churchward
Allen County, IN Criminal Law Lawyer with 22 years of experience
(260) 428-2205 202 West Berry Street, Suite 500
Fort Wayne, IN 46802
Free ConsultationCriminal, Divorce, Family and Personal Injury
University of Toledo
Compare Save
Show Preview
View Lawyer Profile Email Lawyer
Mr. Churchward’s legal career began at the Allen County Prosecuting Attorney’s office where he tried cases in both the Misdemeanor and Felony divisions. While serving as a Deputy Prosecuting Attorney, he was exposed to a wide variety of cases ranging from violent crimes to misdemeanor and financial offenses, during which time he gained invaluable experience that he applies to his current practice. in 2000, Mr. Churchward took a position as an associate attorney at Leonard, Hammond, Thoma and Terrill and immediately began working for his clients with the same dedication that he displayed as a Deputy Prosecuting Attorney.... 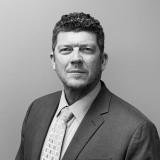