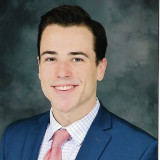 Claimed Lawyer ProfileOffers Video ChatQ&ASocial Media
Austin J Luse
Des Moines, IA Criminal Law Attorney
(515) 247-9297 2801 Hubbell Ave.
Des Moines, IA 50317
Free ConsultationOffers Video ChatCriminal, Family and Probate
Drake University Law School
Compare Save
Show Preview
View Website View Lawyer Profile Email Lawyer
Born and raised in southern Iowa, the son of a farmer and a teacher, I am passionate about helping those who need it most with their legal needs. The tightknit, blue collar community where I grew up instilled the values of hard work and loyalty into me at a young age, and I carry these values with me wherever I go. My legal career is officially underway at Balduchi Law Office, P.C., in Des Moines, Iowa, where I am primarily focusing in the areas of family law and criminal defense.

Free ConsultationCriminal and Personal Injury
Compare Save
Show Preview
View Website View Lawyer Profile Email Lawyer
For many years, Ward (Sam) Rouse has represented people who have been injured in some way, whether through damage to their health, property, financial situation, or reputation. If you have been wrongfully deprived of a right, health, property, or even your good reputation, Mr. Rouse can help. Even if your opponent is a huge entity - the government, a major corporation, or an insurance company, Mr. Rouse can level the playing field. 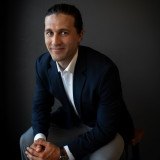 Criminal, Civil Rights, Family and Personal Injury
Drake University Law School
Compare Save
Show Preview
View Website View Lawyer Profile Email Lawyer
Attorney Ben Lynch, owner of Ben Lynch Law, graduated with honors from Drake Law School in Des Moines and built his career aggressively litigating hundreds of personal injury and workers compensation cases. In addition to his time being a Plaintiff’s attorney, Ben has handled almost every other area of law along the way. Attorney Lynch has been the recipient of several awards including Top 40 Lawyer Under 40 and a Rising Star Super Lawyer. Ben regularly instructs on updates in the law, remains active in several local legal associations, and takes pro bono cases for clients in extraordinary need. When...

Claimed Lawyer ProfileSocial Media
Timothy McCarthy II
West Des Moines, IA Criminal Law Attorney with 38 years of experience
(515) 279-9700 1200 Valley W Dr #400
West Des Moines, IA 50266
Criminal
Drake University
Compare Save
Show Preview
View Website View Lawyer Profile
With 30 years of experience in representing clients, Timothy McCarthy knows how to take on the most challenging cases and proactively defend his clients in every situation. His path toward his legal career started after receiving his B.A. from Drake University. He studied law at Drake University's Law School and earned his Juris Doctor in 1983. Since graduating, his has become licensed to practice not only in Iowa, but also in the U.S. District Court in the Northern and Southern Districts of Iowa, the U.S. Court of Appeals, the Eighth Circuit Court and the U.S. Supreme Court. Now, Timothy McCarthy is...