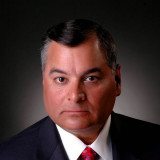 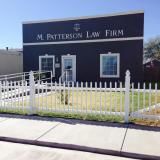 Claimed Lawyer ProfileQ&A
Marshall Jason Ray
Albuquerque, NM Criminal Law Attorney with 12 years of experience
(505) 312-7598 201 Twelfth St NW
Albuquerque, NM 87102
Free ConsultationCriminal and Domestic Violence
University of New Mexico
Compare Save
Show Preview
View Lawyer Profile Email Lawyer
Marshall Ray is an award-winning attorney who has experience in a variety of criminal and civil litigation matters. He represents the accused in state and federal court. His civil experience includes labor and employment, construction, business litigation, civil rights, and appeals. Marshall has extensive experience in government relations, and he advises and consults with private and governmental organizations regarding their employee policies and practices. Additionally, he has conducted large-scale internal investigations. In 2014 he was named New Mexico’s Outstanding Young Lawyer of the Year by the State Bar of New Mexico. In 2015, he...

Claimed Lawyer ProfileOffers Video ConferencingSocial MediaResponsive Law
Nicole W Moss
Albuquerque, NM Criminal Law Attorney with 15 years of experience
(505) 244-0950 201 12th Street NW
Albuquerque, NM 87102
Free Consultation Offers Video Conferencing Video ConfCriminal, Civil Rights, DUI and White Collar Crime
University of New Mexico
Compare Save
Show Preview
View Website View Lawyer Profile Email Lawyer
Nicole Moss has been practicing law in New Mexico since 2005. Ms. Moss started her career as a prosecutor in the Second Judicial District Attorney's Office where she handled cases ranging from Driving Under the Influence of Alcohol (DUI) to Child Abuse Resulting in Death to First Degree Murder. In 2010 she was named Legal Impact Prosecutor of the Year by the State of New Mexico Bar Association Prosecutor's Division for her work in child abuse prosecution. During her time at the D.A.'s office Ms. Moss tried over 75 cases before juries in both the Metropolitan and District Courts, including... 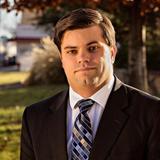 Free ConsultationCriminal, DUI, Medical Malpractice and White Collar Crime
Texas Tech University School of Law
Compare Save
Show Preview
View Website View Lawyer Profile Email Lawyer
Jason Bowles has practiced law for over 20 years as a federal prosecutor and private practitioner. He has handled some of the most high profile and significant criminal and civil litigation cases in New Mexico in the past decade. He specializes in trials and litigation in primarily plaintiffs wrongful death, catastrophic and personal injury, and federal and state criminal defense.

Free ConsultationCriminal, DUI, Divorce and Family
University of Idaho
Compare Save
Show Preview
View Lawyer Profile Email Lawyer
We're not your typical law firm. To keep overhead low and reduce costs, we don't maintain a brick-and-mortar office in which to meet clients. Instead, we believe in passing on the savings to our clients by meeting with you on your terms, when and where it's convenient for you. We also don't chase after the billable hour like most firms do. Instead, we offer flat fees on most cases, so you know up front what you'll pay for legal services. There are no surprises here, we believe in honesty and transparency, and we're more affordable than what you might... 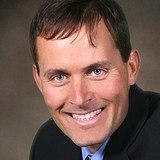 Claimed Lawyer ProfileSocial Media
Samuel Isaiah Kane
Las Cruces, NM Criminal Law Attorney with 17 years of experience
(575) 526-5263 1018 E Amador Ave
Las Cruces, NM 88001
Criminal, DUI, Personal Injury and Products Liability
Compare Save
Show Preview
View Website View Lawyer Profile Email Lawyer
Samuel Kane graduated with a degree in Mathematics from Southeastern University in Lakeland, Florida. Mr. Kane was a member of Mathematics Association of America. He has participated in numerous seminars both as a speaker and as a guest on ground braking mathematical theories. He attended law school and earned his Juris Doctorate with Honors from University of Miami School of Law. Mr. Kane graduated Magnum Cume Laude with an Order of the Coif distinction. He also was a Justice on the University of Miami Law School’s Supreme Court. In addition, Mr. Kane was a member of one of its Law...

Claimed Lawyer Profile
Kristin Marie Harrington
Farmington, NM Criminal Law Lawyer with 14 years of experience
(505) 564-4789 413 N. Auburn
Farmington, NM 87401
Criminal, DUI, Divorce and Domestic Violence
Texas Tech University School of Law
Compare Save
Show Preview
View Lawyer Profile Email Lawyer
I primarily practice criminal defense and domestic relations or family law, but I am open to other legal issues that do not fall under those two categories. For my first two years of practice in law, I enjoyed working at the Public Defender's Office in Aztec. I participated in the development of a probation-like program called Treatment Court which I thoroughly enjoyed. I maintain positive and professional relationships with local judges, police officers, prosecutors, and attorneys, which helps to achieve fair and just results for clients. Legal situations do...

Claimed Lawyer ProfileSocial Media
Adnan K Raza
Albuquerque, NM Criminal Law Lawyer with 6 years of experience
(575) 265-8667 620 Roma Ave NW
Albuquerque, NM 87102
Criminal
Northeastern University School of Law
Compare Save
Show Preview
View Website View Lawyer Profile Email Lawyer
Adnan K. Raza was born on the Indian subcontinent. He was raised in Huntington Beach, California. Adnan attended Huntington Beach High School. He graduated with a Bachelor of Arts in English from the University of California at Irvine, received his Master of Information Science from the University of Hawaii at M?noa, and holds a Juris Doctor from Northeastern University School of Law. While he has lived, worked, and traveled throughout the United States, Adnan practices law in the Land of Enchantment—his adopted home state of New Mexico. His practice focuses on public interest law, criminal law, and Native American law.
Next
Criminal Lawyers in Nearby CitiesCriminal Lawyers in Nearby Counties
FAQ Lawyers Get Listed