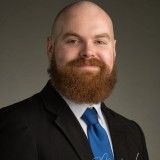 Mr. Price earned his Bachelor's Degree in Social Studies Education from Northeastern State University in May 2012. He received his Juris Doctor from the OU College of Law in May 2015. 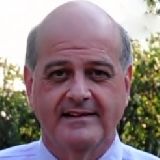 Free ConsultationCriminal, DUI, Family and Traffic Tickets
University of Tulsa College of Law
Compare Save
Show Preview
View Lawyer Profile Email Lawyer
Doak is a trial attorney who has experience helping clients to successfully resolve their legal problems. Early in his career he left the private practice and joined the District Attorneys staff where he served as the First Assistant District Attorney for Wagoner, Cherokee, Adair, and Sequoyah Counties. Doak re-entered private practice after his public service and represents clients on a wide range of legal issues from family law, criminal law,probates, real estate transactions, and other business issues to name a few. Doak has tried numerous cases before Juries involving both criminal and civil issues. He has successfully represented... 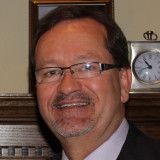 Criminal, Estate Planning, Personal Injury and Probate
University of Tulsa College of Law
Compare Save
Show Preview
View Website View Lawyer Profile Email Lawyer
More than 30 years experience, including 24 years as a District Court Judge, 8 years as a criminal prosecutor, and a special appointment by the Governor of Oklahoma to serve on the Emergency Appellate Division of the Court of Criminal Appeals. 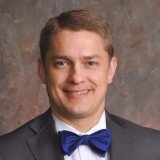 Criminal, Appeals, Arbitration & Mediation and DUI
Compare Save
Show Preview
View Lawyer Profile Email Lawyer
At the Cosby Law Firm, PLLC, in Tahlequah, Oklahoma, we are dedicated to serving our clients with professionalism, integrity and a high degree of quality. We have guided our clients through the Oklahoma legal system for more than 10 years. We will take the time to understand your goals and work hard to achieve them. Our firm practices in Federal, State, Cherokee Nation and City courts.

Statistically, most cases settle. Most criminal charges resolve by plea agreement, and most civil cases, including divorces, end with a negotiated settlement.

I go to court and try the cases that don't settle. From the moment... 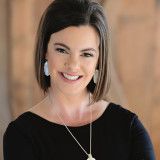 Andrea served as an Assistant District Attorney from 2007 until 2018. Originally specializing in Intimate Partner Violence, Andrea later focused exclusively on Crimes Against Children. ... 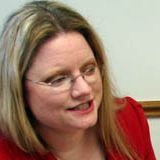 
Tulsa, OK Criminal Law Lawyer with 8 years of experience
Criminal, DUI and Personal Injury
University of Tulsa College of Law
Compare Save
Show Preview
View Website View Lawyer Profile Email Lawyer
Clint James is part of the Wyatt Law Office. He started his career in Tulsa with a criminal defense and civil rights law firm and later became a partner in a full-service law firm in Tulsa. While in law school at the Tulsa University, he worked as a legal intern/law clerk for a number of prominent lawyers including Tom Seymour (Tulsa), Stephen Jones (Jones, Otjen & Davis in Enid), The Zurawik Firm (Tulsa) and Bob Wyatt (Oklahoma City). He also worked as a runner and staffer while in high school and college for the Law Office Szlichta & Ramsey... 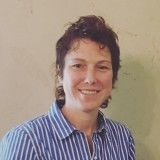 Claimed Lawyer ProfileSocial Media
Anna Hanson
Tulsa, OK Criminal Law Attorney with 10 years of experience
(918) 409-0634 4527 E. 91st St
Tulsa, OK 74173
Free ConsultationCriminal, Bankruptcy, DUI and Divorce
Compare Save
Show Preview
View Website View Lawyer Profile Email Lawyer
Anna Hanson went to Law School at the University of Arkansas School Of Law. She graduated in 2010 and has been practicing Law in Tulsa every since. When she was in Law School she was awarded the Hispanic National Bar Foundation's Public Interest Fellowship in 2009. She also received the University of Arkansas School of Law Public Interest Fellowship in 2008. She has been very active in the Tulsa, Oklahoma legal scene since she founded Hanson & Hanson Law firm in 2010. 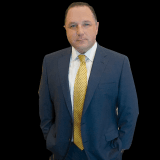 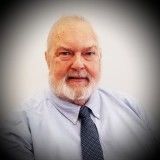 Claimed Lawyer ProfileQ&ASocial Media
Gary Johnston Dean
Pryor, OK Criminal Law Attorney with 54 years of experience
(918) 373-4055 208 S. Vann St.
Pryor, OK 74361-5216
Free ConsultationCriminal, DUI, Divorce and Family
University of Oklahoma College of Law
Compare Save
Show Preview
View Website View Lawyer Profile Email Lawyer
Upon graduation from the University of Oklahoma College of Law in July 1966, I moved to Pryor, Oklahoma, as an Associate of well known and famous trial lawyer, Tony Jack Lyons. We soon became partners. We had a LOT of Criminal Business, and I assisted in, or tried about 39 homicide cases. Only had one client receive prison time, and that was for a very minimal sentance. I personally tried what is believed the first Murder case in Oklahoma, with a defense of "Extreme Domestic Violence". My client shot her husband to death with a shotgun, in front... 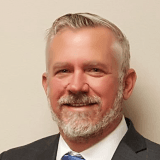 Claimed Lawyer ProfileSocial Media
Kyle Henry Broham
Tulsa, OK Criminal Law Attorney with 19 years of experience
(918) 384-0850 8516 E. 101st Street
Suite A
Tulsa, OK 74133
Criminal and Domestic Violence
Oklahoma State University - Stillwater and University of Tulsa
Compare Save
Show Preview
View Website View Lawyer Profile Email Lawyer
A Tulsa Lawyer who has dedicated his practice of law exclusively to those charged with Domestic Assault and Battery. At the Berlin Law Firm we each do one thing and do it well. In fact, our motto is we are "Masters of One". If you are accused of Domestic Assault and Battery there is a lot at stake. Don't settle for less! There are two sides to every story and things may not always be as they seem. Domestic Abuse arrest, charges, and convictions have dire consequences. People charged with these serious offenses need knowledgeable and experienced legal representation to... 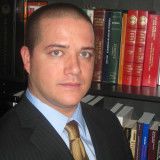 Free ConsultationCriminal, Business, Consumer and DUI
University of Tulsa College of Law
Compare Save
Show Preview
View Website View Lawyer Profile Email Lawyer
Donald Slaughter is a graduate of the University of Tulsa College of Law. He is licensed to practice law in all Oklahoma state courts, the United States District Court for the Northern District of Oklahoma, and the United States Court of Appeals for the Tenth Circuit. If you need to establish a legal entity for a business, need to have a contract drafted, or are having a dispute that requires the skills and expertise of an attorney, contact Donald Slaughter immediately. Criminal defense representation and complex civil litigation, if you have a case, Donald Slaughter will advocate zealously to protect... 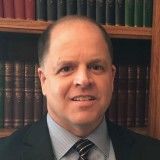 Claimed Lawyer Profile
Jerry Dean Lundy
Broken Arrow, OK Criminal Law Attorney with 25 years of experience
(918) 258-9977 119 West Broadway Avenue
Broken Arrow, OK 74012
Criminal, Bankruptcy and Estate Planning
University of Tulsa College of Law
Compare Save
Show Preview
View Lawyer Profile Email Lawyer
Jerry D. Lundy, is a sole practitioner who has been practicing law in Tulsa and Broken Arrow since 1995. Jerry grew up in Broken Arrow, graduating from Broken Arrow High School in 1987. He attended York College, York, NE earning Associates degrees in Arts and in Sciences (With Honors). He received his Bachelor of Arts degree (Cum Laude) from Missouri Southern State College (now University) and was awarded the Political Science Major/Graduate of the Year. He then earned his Juris Doctorate degree from the University of Tulsa, School of Law. 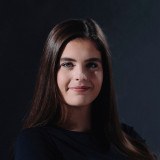 Katie has a demonstrated passion of giving back to the community. She assisted the New Orleans Public Defender’s office with criminal law matters following Hurricane Katrina... 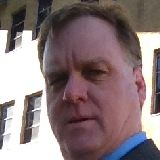 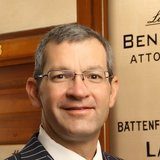 (1 Peer Review)
3 N. Adair, Suite 8
Pryor, OK 74361
Free ConsultationPryor, OK Criminal Law Attorney with 23 years of experience
Criminal, DUI, Estate Planning and Traffic Tickets
Oklahoma City University School of Law
Compare Save
Show Preview
View Website View Lawyer Profile Email Lawyer
Ben has been in practice in Pryor Creek, Oklahoma, since 1997. Ben was a partner with local firm of Elliott & Sherrer, P.C., until June, 2006, when he established his solo practice.Ben currently serves as the as the Assistant City Attorney for the City of Pryor Creek and is the Town Attorney for the Town of Chouteau. He serves as the municipal prosecutor in both municipalities.Ben was elected to the Oklahoma House of Representatives in November, 2004, where he continues to serve in District 8.

Criminal, Asbestos, Personal Injury and Social Security Disability
Compare Save
Show Preview
View Website View Lawyer Profile Email Lawyer
Tony Edwards was born and raised in McAlester and has devoted himself to serving the legal needs of the people in his home area. He achieved an AV rating from Martindale-Hubbell, indicating the highest level in legal ability and ethical standards. He received his undergraduate degree in sociology and psychology from East Central University in Ada and then went to Oklahoma University College of Law, receiving his J.D. in 1982. 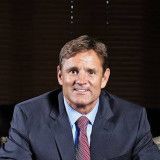 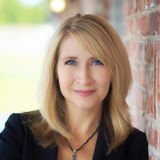