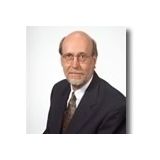 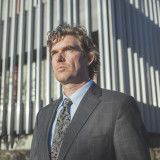 Claimed Lawyer ProfileSocial Media
Max Mizejewski
Eugene, OR Criminal Law Lawyer with 10 years of experience
(541) 505-9872 101 E 14th Ave
Eugene, OR 97401
Free ConsultationCriminal and DUI
Lewis & Clark Law School
Compare Save
Show Preview
View Website View Lawyer Profile Email Lawyer
Max Mizejewski is from Los Angeles and completed his undergraduate work in environmental sciences at U.C. Berkeley. He graduated from Northwestern School of Law at Lewis & Clark College in Portland with an emphasis in environmental law. He served as an environmental planner and unit manager at the Oregon Department of Transportation for 10 years and then opened MJM Law Office, PC in 2009. Since 2009 Max has been focused primarily on DUII defense in Lane County and surrounding areas. In his spare time Max enjoys mountain biking, bird watching and exploring the nature of consciousness.

Claimed Lawyer ProfileSocial Media
Garren Pedemonte
Medford, OR Criminal Law Attorney with 11 years of experience
(541) 772-3080 334 South Grape Street
Medford, OR 97501
Free ConsultationCriminal, DUI, Domestic Violence and White Collar Crime
Santa Clara University School of Law
Compare Save
Show Preview
View Website View Lawyer Profile Email Lawyer
I am a litigator and I focus my practice on fighting for you and your family. My goal is to run a professional and effective law firm that can help you with whatever problems life has created. If you have been charged with a crime, if you are under investigation by law enforcement, or if you have been charged with a DUI or other traffic offense, then you should call and speak to me as soon as possible. I am dedicated to your interests and I will be a powerful and effective advocate for you.

Claimed Lawyer ProfileSocial Media
Bryan Boender
Eugene, OR Criminal Law Lawyer with 8 years of experience
(541) 685-1288 800 Willamette St Ste 700
Eugene, OR 97401
Free ConsultationCriminal, DUI and Education
University of Oregon School of Law
Compare Save
Show Preview
View Website View Lawyer Profile Email Lawyer
Attorney Bryan Boender has defended those accused of major crimes, felonies, misdemeanors, and DUII in Oregon's federal, state and municipal courts. Boender has also pursued lawsuits on behalf of individuals into federal court to seek remedies for personal injury and civil rights violations. He also represents college and university students accused of sexual misconduct and student conduct code violations. As a leader, Boender has distinguished himself through his dedication to public service and public interest law. Prior to law school, he served in the active-duty military as a paratrooper with the Army’s 82nd Airborne Division. As an enlisted infantryman,...

Claimed Lawyer ProfileSocial Media
Justin Rosas
Medford, OR Criminal Law Attorney with 13 years of experience
(541) 933-5972 110 W. 11th St.
Medford, OR 97501
Free ConsultationCriminal, DUI and Domestic Violence
University of Kentucky College of Law
Compare Save
Show Preview
View Website View Lawyer Profile Email Lawyer
Attorney Justin Rosas received his Bachelor’s degree from the University of Kentucky, where he graduated with honors, and his Juris Doctorate degree from the University of Kentucky College of Law. He then earned his Master’s degree in Business Administration from Webster University, and went on to become a graduate from the National Defense College in Macon, Georgia. Mr. Rosas is a member of the Oregon State Bar, the Oregon Criminal Defense Lawyers Association, the State Professional Responsibility Board, the Federal Bar Association, the board of the Inn of Courts and serves as the regional coordinator for the Classroom Law Project’s... 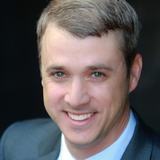 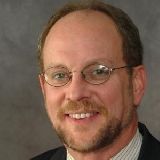 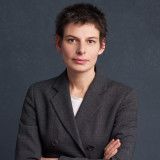 Claimed Lawyer ProfileSocial Media
Anna Pervukhin Sammons
Eugene, OR Criminal Law Attorney with 15 years of experience
(541) 653-8385 541 Willamette Street Suite 212
Eugene, OR 97401
Free ConsultationCriminal and DUI
University of Chicago
Compare Save
Show Preview
View Website View Lawyer Profile Email Lawyer
Anna Sammons is a 2004 graduate of the University of Chicago Law School, where she was a Kosmerl scholar. Since her first court appearance as a law student back in 2003, Anna Sammons has only ever practiced criminal defense law, mostly in New York City. She initially worked as public defender at Brooklyn Defender Services, a nationally recognized leader in holistic public defense, and later at Appellate Advocates, where she handled sex offender registration matters, post-conviction relief motions, and direct appeals, including numerous murder cases. She then worked for the Lane County Public Defenderss Office here in Oregon before...

Claimed Lawyer Profile
Barry Davis
Eugene, OR Criminal Law Lawyer with 35 years of experience
(541) 343-3656 31660 Fox Hollow Road
Eugene, OR 97405
Free ConsultationCriminal, Appeals, Arbitration & Mediation and Business
Brooklyn Law School
Compare Save
Show Preview
View Website View Lawyer Profile Email Lawyer
As your attorney, my goal will always be to employer your decision making with sound counsel. You will be provided with personal service, precise communication, and legal counsel tailored to support your individual situation. Prior to completing my Bachelor of Science degree in Psychology from Arizona State University in 1976, I had the opportunity to reside and work on an international archeological expedition in the Old City of Jerusalem. In 1981, I was awarded a Juris Doctor in New York City from Brooklyn Law School. I was selected as a national member in the Order of Barristers, a... 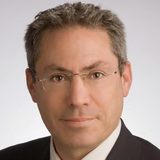 Claimed Lawyer Profile
Hugh Duvall
Eugene, OR Criminal Law Attorney with 32 years of experience
(541) 345-4500 856 Olive St., Suite 101
Eugene, OR 97401
Criminal and DUI
University of Oregon School of Law
Compare Save
Show Preview
View Website View Lawyer Profile Email Lawyer
Hugh Duvall has practiced criminal defense in Oregon since 1988. In addition to his active private criminal defense practice, he serves on the University of Oregon School of Law faculty, where he teaches a criminal defense related class to third year law students each fall term. He is the author of The Lawyer's Song: Navigating the legal wilderness, and many other publications. He is ranked as "AV" (Very High to Preeminent) by the Martindale peer reviewed attorney rating system. He has been repeatedly selected as an Oregon "Super Lawyer," and his practice has been ranked as...

Claimed Lawyer Profile
Kathleen Elizabeth Dyer
North Bend, OR Criminal Law Lawyer with 33 years of experience
(541) 252-2688 2472 Broadway
North Bend, OR 97459
Criminal and Civil Rights
Golden Gate Univ School of Law
Compare Save
Show Preview
View Lawyer Profile Email Lawyer
I have been a lawyer for over thirty years. I have been admitted to practice in California, New Hampshire, Tennessee and Oregon. I currently practice solely in Oregon.

I have practiced criminal law for over fifteen years, starting as a prosecutor. The judge I dealt with most in that position referred to me as a "formidable adversary".

When I relocated to Tennessee, I became a criminal defense attorney, handling some of middle Tennessee's most high profile criminal cases. The prosecutor I dealt with most gave me the nickname "Barracuda". It fits. Once I get started, I... 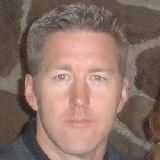 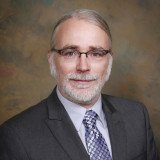 Criminal
Compare Save
Show Preview
View Lawyer Profile Email Lawyer
My name is Laura Fine Moro and I provide personalized aggressive criminal defense to the accused. I have experience ranging from Misdemeanors to Murder and Aggravated Murder.