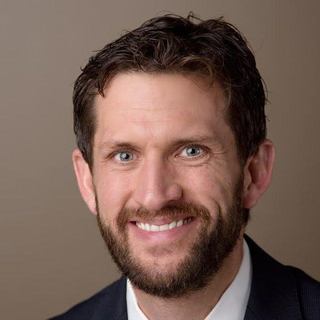 Skilled defense in Iowa DUI cases! Call for a consultation!

I am an experienced Iowa DUI defense attorney dedicated to helping clients who have been charged with a DUI. I will advocate for your rights throughout your case. Call today! Read More »
View Profile
Compare Save
Free Consultation
View Website View Profile Call Email Lawyer Email Lawyer

Claimed Lawyer ProfileSocial Media
Thomas Deacon Steven Farnsworth
Iowa City, IA DUI Attorney with 13 years of experience
(319) 333-1869 103 E. College Suite 209
Iowa City, IA 52240
Free ConsultationDUI, Cannabis Law and Criminal
University of Iowa
Compare Save
Show Preview
View Website View Lawyer Profile Email Lawyer
Thomas D. S. Farnsworth was born and raised in Iowa City, Iowa. Thomas received a Bachelor of Business Administration, in Finance, from the University of Iowa and the Henry B. Tippie College of Business. During Thomas' undergraduate experience he clerked at a local law firm and worked as a pretrial interviewer for the Sixth Judicial District of Iowa. In 2004 Thomas began the accelerated program in at the University of Iowa College of Law and graduated in December of 2006. While in law school Thomas was licensed by the Iowa Supreme Court to work as a prosecuting legal intern. Thomas...

Claimed Lawyer ProfileSocial Media
Adam Pollack
Iowa City, IA DUI Lawyer with 23 years of experience
(319) 338-1633 1129 E. Washington St,
Iowa City, IA 52245
Free ConsultationDUI and Criminal
University of Iowa
Compare Save
Show Preview
View Website View Lawyer Profile Email Lawyer
As a licensed attorney in both Iowa and California, Adam Pollack has been practicing law since 1998. As a former prosecutor for Johnson County (Iowa City area), Adam Pollack has an experienced and nuanced view regarding the complexities of the criminal justice system. Pollack has practiced criminal defense in Iowa for over a decade.

Free ConsultationDUI, Criminal, Divorce and Family
Drake University Law School
Compare Save
Show Preview
View Lawyer Profile Email Lawyer
Born and raised in Dubuque, Iowa, I graduated from Dubuque Senior High School in 1998. I went on to Knox College where I obtained my B.A. in History, graduating in 2002. I then went to Drake University School of Law, graduating in December 2004. I have lived and practiced in Linn County since 2005, practicing in 40 counties throughout Eastern Iowa.


DUI, Criminal, Personal Injury and Traffic Tickets
University of Iowa
Compare Save
Show Preview
View Website View Lawyer Profile Email Lawyer
I have been representing clients throughout Iowa for over 30 years. My practice includes office work and litigation. My law practice includes representing clients in state and federal courts throughout Iowa. I specialize in criminal defense. Being convicted of a felony, drunk driving charge, a drug crime or a white-collar crime has a severe impact on employment and educational opportunities. During the first half of my career I practiced almost exclusively in civil law and I continue to have an active civil law practice.

Claimed Lawyer ProfileSocial Media
William K. Gullberg Jr.
Bettendorf, IA DUI Lawyer with 42 years of experience
(309) 734-1001 2550 Middle Rd
#300
Bettendorf, IA 52722
Free ConsultationDUI, Criminal and Personal Injury
University of Illinois - Urbana-Champaign
Compare Save
Show Preview
View Website View Lawyer Profile Email Lawyer
Bill Gullberg is an experienced litigator in a range of legal matters. In addition to being licensed to practice law in Illinois, Bill is a member of the National College for DUI Defense, the federal district bar of the Northern and Central Districts of Illinois, and the federal trial bar of the Northern District of Illinois. The difference Bill brings to the case is a passion for representing the rights, freedom, and property of his clients. Experience and professionalism is one thing - experience and professionalism with a true passion and focus for achieving a just and...

I'm a California and Iowa licensed attorney with a very diverse, yet practical, skill set and range of expertise, which allows me to take a cross-functional and interdisciplinary approach to all services I render. From Data Science, Game Theory, and Statistical Risk Management Guided Decision Sciences, to Neuro-Linguistic Programming (NLP)-enhanced communication and...

Claimed Lawyer Profile
John O. Moeller
davenport, IA DUI Lawyer with 42 years of experience
(563) 323-3014 601 Brady St
Ste 303
davenport, IA 52803
DUI, Appeals, Criminal and Personal Injury
University of Iowa
Compare Save
Show Preview
View Website View Lawyer Profile Email Lawyer
U of Iowa College of Law 1978 with Honors Admitted to practice Iowa, the US District Courts in Iowa and the Central District of Illinois, the US Courts of Appeals for the Seventh and Eighth Circuits and the Supreme Court of the United States. Member Iowa State Bar Assoc., The Iowa Assoc. for Justice and the National Assoc. of Criminal Defense Attorneys.