Free ConsultationDUI, Criminal, Juvenile and Traffic Tickets
Creighton University, School of Law
Show Preview
View Website View Lawyer Profile Email Lawyer
I have been a defense attorney for the last 26 plus years. I'm currently licensed in Nebraska, Iowa and hold an inactive license in Colorado. I also handle matters in federal court. Give me a call to help with criminal defense, DUI/OUI, Family and Divorce law. We offer free friendly advice and will get your matter going for you. Put us in your corner.
Compare Save

DUI, Criminal and Medical Malpractice
University of Iowa
Show Preview
View Website View Lawyer Profile Email Lawyer
Justin received his Bachelor’s degree from Gustavus Adolphus College (B.A.) and his law degree from the University of Iowa College of Law (J.D.). During his time at Iowa, Justin served as an extern to the Hon. Judge John A. Jarvey of the U.S. District Court for the Southern District of Iowa, and as a research assistant for Prof. Maya Steinitz.

He is admitted to practice law in Nebraska, Illinois, and United States District Court for the District of Nebraska.

"I thought Justin was more than helpful and he got me out of a sticky situation.
I could not be more pleased...
Compare Save

Free ConsultationDUI and Criminal
Creighton University School of Law
Show Preview
View Website View Lawyer Profile Email Lawyer
If you face serious criminal charges, you need a lawyer who understands the court system where your case will be tried. When your future is at risk, the attorney who sits beside you can make the difference between an outcome you can live with and one that you can't.

Free ConsultationDUI, Consumer, Criminal and Personal Injury
South Texas College of Law
Show Preview
View Website View Lawyer Profile Email Lawyer
I began as a Lawyer in Oregon with an almost exclusive criminal law practice. I relocated to Nebraska in November 2005 and began to focus on Family Law and Divorce and Juvenile Law. I also handle other civil types of legal issues. I have extensive litigation background and a successful history regarding criminal and family law outcomes.
While in Oregon, I was concurrently licensed in the State of Washington and in the DC Court of Appeals, and the US District Court for Oregon, and the 9th Circuit Court of Appeals.
...
Compare Save

Free ConsultationDUI, Appeals, Criminal and Personal Injury
University of Iowa
Show Preview
View Website View Lawyer Profile
Bassel El-Kasaby is senior partner of KasabyNicholls. Practicing primarily in Immigration law, civil rights, and transportation law, Bassel holds a Juris Doctor degree with distinction from the University of Iowa. He also has a Masters Degree in Urban Planning. A former faculty member at the University of Nebraska at Omaha Aviation Institute, he was involved in teaching and research on aviation law, policy, and regulation.
Compare Save

Free ConsultationDUI, Criminal, Elder and Personal Injury
Washburn University School of Law
Show Preview
View Website View Lawyer Profile Email Lawyer
Thomas T. Inkelaar is passionate about personal injury law, and considers this complicated and sensitive field his area of expertise. He’s prepared, enthusiastic and unwavering in his commitment to help his clients receive the most appropriate resolutions. As founder of Law Office of Thomas T. Inkelaar LLC, Thomas has established himself as a professional, qualified attorney who is authorized to practice law in Kansas and Nebraska.
Compare Save

Claimed Lawyer Profile
Jordan J. Mruz
Lincoln, NE DUI Lawyer with 6 years of experience
(402) 434-5200 4645 Normal Blvd., Ste. 272
Lincoln, NE 68506
Free ConsultationDUI, Criminal, Personal Injury and Traffic Tickets
University of Nebraska College of Law
Show Preview
View Website View Lawyer Profile Email Lawyer
Jordan will accept cases in the following counties: Lancaster, Saunders, Seward, York, Butler, Dodge, Sarpy, Cass, Otoe, Johnson, Gage, Saline. This list is not meant to be exhaustive. If you want to know whether he takes cases in the county you have a legal question, feel free to contact him. Jordan spent the first two and a half years of his career with Fye Law Office in Holdrege, Nebraska. There he served the clients in 14 counties across Central and South Western Nebraska. He gained a great deal of trial experience with civil cases, particularly divorces involving children,...
Compare Save

Free ConsultationOffers Video ConferencingVideo ConfDUI, Criminal and Personal Injury
University of Nebraska - Lincoln
Show Preview
View Website View Lawyer Profile Email Lawyer
As a former prosecutor, public defender and attorney for the State, I have several years of criminal law experience and unique insight into defending any type of criminal charges. I have also worked as legal counsel for the Tax Equalization and Review Commission, where I dealt with property tax appeals from both residential, commercial and agricultural land owners. I have extensive trial and courtroom experience and a real passion to help people. Regardless of your legal issues, service to my clients is my number one priority.
Compare Save

Claimed Lawyer ProfileSocial Media
Michael Poepsel
Omaha, NE DUI Attorney with 37 years of experience
(402) 346-2283 1905 Harney St
Omaha, NE 68102
Free ConsultationDUI, Criminal, Domestic Violence and Traffic Tickets
Creighton University School of Law
Show Preview
View Website View Lawyer Profile Email Lawyer
Michael Poepsel specializes in criminal defense and is committed to providing personal service for every case taken on. Of coarse, there is no substitute for our free, no-obligation, in-person initial case evaluation. We want welcome the opportunity to meet with you and your family, discuss your circumstances and assist you in determining your legal rights.
Compare Save

Claimed Lawyer ProfileOffers Video ConferencingSocial Media
Michael Joseph Wilson
Seward, NE DUI Lawyer with 16 years of experience
(402) 466-8444 139 S 6th St
Seward, NE 68434
Offers Video ConferencingVideo ConfDUI, Appeals, Criminal and White Collar Crime
Michigan State University College of Law
Show Preview
View Website View Lawyer Profile Email Lawyer
Mike Wilson has devoted his career to protecting his clients, whether those clients have been charged with a crime or have been damaged by either negligence or intentional bad acts. Mike represents clients in criminal trials in both the State and Federal Courts, defending clients charged with everything from misdemeanors to murder. Of note are Mike’s results in the field of criminal appellate and postconviction practice, where he has obtained new trials for clients convicted of serious felonies, including both attempted murder and first-degree murder. Mike has argued many of these appeals before the Nebraska Supreme Court,...
Compare Save

Claimed Lawyer ProfileSocial Media
Seth Morris
Seward, NE DUI Attorney with 6 years of experience
(402) 466-8444 139 S 6th St
Suite 210
Seward, NE 68434
DUI, Criminal and Personal Injury
University of Nebraska College of Law
Show Preview
View Website View Lawyer Profile Email Lawyer
Seth Morris has a long successful history of protecting his client’s rights in the courtroom. Seth recently won a nationally-publicized criminal case where he earned an acquittal for a client wrongly accused of resisting arrest and obstructing a police officer. The case was one of the first in Nebraska in which cameras were allowed in the courtroom.

Claimed Lawyer ProfileSocial Media
Carlos Alberto Monzon
Lincoln, NE DUI Attorney with 27 years of experience
(402) 477-8188 1133 H Street
Lincoln, NE 68508
DUI, Criminal, Immigration and Personal Injury
Show Preview
View Website View Lawyer Profile Email Lawyer
As a Lincoln, NE criminal defense lawyer with a background as a Federal Defender, Carlos A. Monzón knows how to handle tough and challenging cases. He previously served on the Minority and Justice Task Force Implementation Committee, handling hundreds of cases before the United States District Court for the District of Nebraska. He is affiliated with numerous associations and organizations, including the Nebraska Hispanic Bar Association, the Nebraska Criminal Defense Attorneys Association, and the Child Guidance Center. He has been practicing law for more than a decade and received the Charitable Funds Visionary Award for improving the administration of justice...
Compare Save 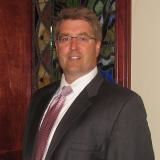