Claimed Lawyer ProfileSocial Media
Sean Dillenbeck
Forsyth County, NC Immigration Law Lawyer
(888) 465-1891 3410 Healy Drive
Suite 208
Winston Salem, NC 27103
Immigration, Bankruptcy, Consumer and Foreclosure Defense
The University of Georgia School of Law
Compare Save
Show Preview
View Website View Lawyer Profile Email Lawyer
Charlotte bankruptcy attorney Sean Dillenbeck will be able to guide you through the bankruptcy process no matter what type of matter you may be facing. If you need assistance filing for Chapter 13 bankruptcy, Chapter 7 or with foreclosure defense then you should contact our firm by calling 888-816-4432 today. 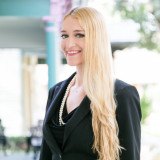 (1 Peer Review)
Charlotte, NC 28202
Mecklenburg County, NC Immigration Law Lawyer with 4 years of experience
Divorce and Family
University of Miami School of Law
Compare Save
Show Preview
View Lawyer Profile Email Lawyer
Katlyn received her Bachelor of Arts from Manhattan College, where she graduated in three years with a double major in Finance and Managerial Science and a minor in Marketing. She then earned her Juris Doctor degree from the University of Miami School of Law in 2013. Katlyn is licensed to practice law in both Texas and North Carolina.


Free ConsultationImmigration, Criminal, Family and Workers' Comp
North Carolina Central University
Compare Save
Show Preview
View Website View Lawyer Profile Email Lawyer
William Vásquez is a native of Queens, NY. He served in the U.S. Air Force from 2000-2007. He is a veteran of Operation Enduring Freedom and received the Joint Service Achievement Medal for his work as a Spanish linguist for the Defense Intelligence Agency in 2005. William graduated from Campbell University in 2007 with a degree in computer science. He earned his J.D. in 2011 from the North Carolina Central University School of Law. His practice areas include immigration law and criminal defense cases. He is licensed and in good standing with the State Bar of North Carolina and... 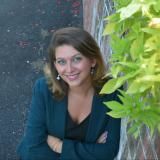 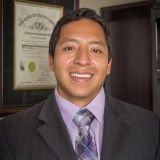 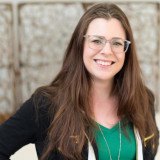 Claimed Lawyer ProfileQ&AResponsive Law
Denise Anderson
Cabarrus County, NC Immigration Law Lawyer
(984) 244-1145 P.O Box 7684
Concord, NC 28027
Immigration, Family, Medical Malpractice and Personal Injury
Charlotte School of Law
Compare Save
Show Preview
View Lawyer Profile Email Lawyer
Attorney Anderson is a passionate, knowledgeable, and dedicated attorney who stands with her clients every step of the way. After spending over a decade in the health care industry, that experience coupled with her experience as an attorney has positioned her to deliver unparalleled service to her clients. Her experience allows her to seamlessly analyze medical records and apply the law to determine the validity of medical malpractice cases, nursing home abuse cases, and personal injury cases.

Claimed Lawyer ProfileSocial Media
Daniel Christmann
Guilford County, NC Immigration Law Lawyer with 10 years of experience
(336) 790-2101 1000 N Elm Street
Greensboro, NC 27409
Free ConsultationImmigration
Charlotte School of law and University of Munich
Compare Save
Show Preview
View Website View Lawyer Profile Email Lawyer
Daniel Christmann is an Immigration Lawyer in Charlotte NC and the owner of Christmann Legal Immigration Law. His international personal and professional background inspired him to implement a unique cosmopolitan approach to the practice of law. Mr. Christmann is dually trained and licensed both in Europe and the United States and fluently speaks both English and German. He has worked in government and corporate settings as well as private practice. His professional experience has taught him to analyze cases from all angles and produce honest work in an efficient manner. Mr. Christmann started his legal career in Germany, where he... 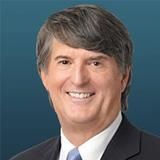 Claimed Lawyer ProfileSocial Media
Mike Lewis
Forsyth County, NC Immigration Law Lawyer with 50 years of experience
(866) 299-1769 285 Executive Park Boulevard
Winston-Salem, NC 27103
Free ConsultationImmigration, Nursing Home, Personal Injury and Social Security Disability
Compare Save
Show Preview
View Website View Lawyer Profile Email Lawyer
After graduating from Wake Forest Law School in 1970, Michael J. Lewis began his practice in the Triad area. Early in his career, he obtained record verdicts in several North Carolina counties, leading him to focus his practice on personal injury law and eminent domain. As a lawyer, Michael creates a special bond with each of his clients. He enjoys solving problems and finding the best answer for his clients. His clients find him caring and interested in their well being. Since 1995, Mike Lewis has been listed in The Best Lawyers in America in Personal Injury Litigation. He has also... 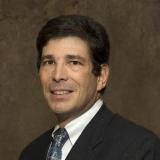 Claimed Lawyer Profile
Gerald P Goulder
Guilford County, NC Immigration Law Attorney with 41 years of experience
(336) 808-1119 204 Muirs Chapel Road
Greensboro, NC 27410
Immigration
Washington University School of Law
Compare Save
Show Preview
View Website View Lawyer Profile
Clients often ask me about the "boutique" nature of my practice which I have limited to immigration matters only. There are several reasons why my practice is limited to only immigration matters. 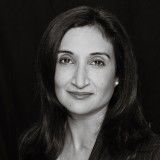