Find Many Lawyers by Practice Area

In 2004, Heath resigned his commission as an Army...
Compare Save 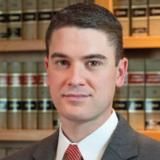