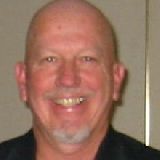 Free ConsultationCivil Rights, DWI, Family and Traffic Tickets
Washington University School of Law
Compare Save
Show Preview
View Website View Lawyer Profile Email Lawyer
Never a stranger to hard work or adversity, I wrestled in high school, spent three years as a Combat Engineer on active duty with Untied States Army and completed by reserve service working through college. After many years of working with partners in private practice, I saw the need for a firm that was more client friendly and accessible online. Some matters require a personal approach. However, if you got caught-up in some small town speed trap or were falsely accused of smoking marijuana on one Southeast Missouri's beautiful rivers, matters can often be handled...

(1 Peer Review)
(573) 799-4202 502 Vine Street
Poplar Bluff, MO 63901
Free ConsultationPoplar Bluff, MO Lawyer with 12 years of experience
Business, Estate Planning, Family and Tax
The John Marshall Law School and The John Marshall Law School
Compare Save
Show Preview
View Website View Lawyer Profile Email Lawyer
Samantha D. Pennington earned her Juris Doctorate (J.D.) from the Chicago John Marshall Law School in 2009, graduating in the top third of her class. She continued her legal education at John Marshall and, in 2010, earned a Legum Magistra (LL.M) in Tax Law, with an emphasis in estate planning. Prior to law school, Samantha spent three years working as a paralegal in employment discrimination and products liability. While in law school, Samantha earned several awards and recognitions including; being hand selected as an LL.M student to serve as teaching assistant to Professor Barry Kozak where she taught JD candidates; earning...

Claimed Lawyer ProfileSocial Media
Mary K. Walker
Caruthersville, MO Attorney with 15 years of experience
(573) 333-2600 404 Ward Avenue
Post Office Box 1115
Caruthersville, MO 63830
Agricultural, Appeals, Business and Insurance Claims
University of Tennessee - Knoxville
Compare Save
Show Preview
View Website View Lawyer Profile
Mary K. Walker practices primarily in the fields of agricultural law and civil litigation, including real estate and probate law. She is a graduate of the University of Tennessee College of Law and is licensed in the state courts of Arkansas, Missouri and Tennessee, in four United States District Courts and in the federal Court of Appeals for the Eighth Circuit. She is also a returned Peace Corps volunteer, y habla español. 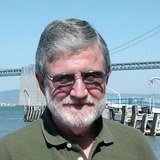 Claimed Lawyer ProfileOffers Video ConferencingBlawg SearchSocial Media
Amanda Altman
Cape Girardeau, MO Lawyer
(573) 381-0510 1918 N Kingshighway St
#102
Cape Girardeau, MO 63701
Free Consultation Offers Video Conferencing Video ConfSaint Louis University School of Law
Compare Save
Show Preview
View Website View Lawyer Profile Email Lawyer
Amanda Altman was raised on a farm in the small town of Gillespie, Illinois. She graduated valedictorian of her high school class in 1999. After graduation, she enrolled in the University of Illinois in Champaign-Urbana and earned her Bachelor of Science degree in Psychology in just three years. After much consideration into her career choice, Ms. Altman decided to pursue her dream of becoming an attorney and attended St. Louis University School of Law, graduating in the fall of 2007.

Ms. Altman has a passion for helping the downtrodden. After law school, she primarily focused her legal practice on criminal defense,...

Free Consultation Offers Video Conferencing Video ConfMichigan State University School of Law
Compare Save
Show Preview
View Website View Lawyer Profile Email Lawyer
Travis C. Bargeon grew up in St. Charles, Missouri. His father was an aerospace engineer who was integral to the designs of the fighter planes that have kept our nation safe and secure over the past four decades. His mother spent her career as a crisis counselor dedicating her time and effort to high school aged youths in need of guidance in the most difficult situations life has to offer.

Inheriting his father’s brain and his mother’s heart, Travis was determined to utilize his education to help those who ordinarily would not have access to outstanding professionals. He began his career...

Paul received his Bachelor of Science in Business Administration from the University of Missouri, Columbia, in 2015. Paul went on to obtain his law degree from St. Louis University in 2018, where he served as a student attorney in the civil advocacy clinic as well as the entrepreneurship and community development clinic. For his hard work and excellence in the SLU Legal Clinics, Paul was...

Claimed Lawyer ProfileOffers Video Conferencing
Lesley Dormeyer
Cape Girardeau, MO Lawyer with 13 years of experience
(573) 332-1001 1416 N Kingshighway St
Cape Girardeau, MO 63701
Offers Video Conferencing Video ConfBankruptcy
University of Missouri - Kansas City School of Law
Compare Save
Show Preview
View Website View Lawyer Profile Email Lawyer
My primary focus has been bankruptcy for over a decade. I have been fortunate enough to hone my skill set in this area and only this area. Besides being an attorney, I have been a waitress, worked every area of a grocery store, been a substitute middle and high school teacher, and worked in a preschool and elementary day care program. I currently teach group fitness classes in addition to practicing law.

Outside of work, I have been blessed with 2 children and a husband that gets me. It's hard work being a family but we count... 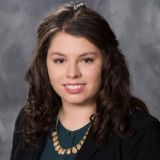