Social Media
Rick Dane Moore
Norman, OK Native American Law Attorney with 34 years of experience
(405) 366-0373 Norman, OK 73070
Native American, Business and Personal Injury
University of Oklahoma College of Law
Compare Save
Show Preview
View Website View Lawyer Profile
Rick Dane Moore graduated from the University of Oklahoma with a B.A. in Letters in 1984, and received his law degree from the University of Oklahoma College of Law in 1986. Prior to starting his own practice, he was a law clerk for Justice Marion Opala of the Oklahoma Supreme Court, and was an Assistant Public Defender with the Oklahoma County Public Defender’s Office. He is admitted to practice in numerous jurisdictions, including: Oklahoma state courts Federal courts, including the United States District Court for the Eastern District of Oklahoma (Muskogee), United States District Court for the Western District... 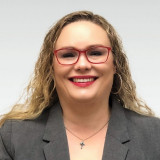 
Offers Video Conferencing Video ConfNative American, Divorce and Family
Oklahoma City University School of Law
Compare Save
Show Preview
View Website View Lawyer Profile Email Lawyer
Finding the right family law attorney to handle your situation can be a difficult process. Working with compassionate and caring representation can make all of the difference and provide you with peace of mind throughout the process. Julie Gragg-Landes is a Senior Associate Attorney for Stange Law Firm, PC in Oklahoma City, Oklahoma assisting clients throughout Oklahoma County and beyond. She is licensed to practice in the State of Oklahoma. Julie graduated with her Bachelor of Arts from Oklahoma Baptist University and earned her Juris Doctorate from Oklahoma City University. While there, she earned a certificate in Alternative Dispute Resolution. She...