Claimed Lawyer ProfileSocial Media
Michael Lee Matuska
Carson City (Independent City) County, NV Attorney with 26 years of experience
(775) 350-7220 2310 S. Carson St. #6
Carson City, NV 89701
Business, Construction, Landlord Tenant and Real Estate
UC Davis School of Law King Hall
Show Preview
View Website View Lawyer Profile Email Lawyer
Mr. Matuska was born and raised in the Bay Area, CA, and has resided in Nevada for over 20 years. His allegiance to both states gives him a competitive edge to his legal practice whether representing businesses or real estate matters. Mr. Matuska understands that not every legal problem requires a complex solution. With more than 20 years experience representing clients in state and federal court in Nevada and California, Mr. Matuska has the experience to meet your goals. The goal of Matuska Law Offices is to provide innovative and effective legal representation that is targeted...
Compare Save

Free ConsultationCriminal, Family, Immigration and Personal Injury
University of Miami School of Law
Show Preview
View Website View Lawyer Profile Email Lawyer
Mike leads a 6-lawyer "dream team" that was awarded the gold medal for the LVRJ's "Best of Vegas" best criminal defense firm for 2017, 2018, and 2020 and best DUI lawyer for 2020. Known as one of the premier criminal and DUI defense lawyers in the nation, Mike has been helping clients fight--and beat--their criminal and DUI charges for 27 years. Attorney Michael Becker has taken more than 100 criminal cases to trial, securing dozens of "not guilty" verdicts and hung juries. He has achieved acquittals and/or dismissals in numerous serious felony cases, including murder, child abuse, rape, drugs...
Compare Save 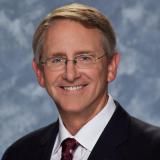 Free ConsultationArbitration & Mediation, Business, Construction and Insurance Defense
University of the Pacific - McGeorge School of Law
Show Preview
View Website View Lawyer Profile Email Lawyer
Mr. Moore joined Lemons, Grundy & Eisenberg in 1989. He was born in Munich, West Germany, August 18, 1964 and attended schools in both Germany and the U.S. before receiving his bachelor’s degree in political science and speech communication from the University of Nevada (UNR) in 1986. While at UNR, Mr. Moore received the Outstanding Male Senior Award. He attended law school at the University of the Pacific, McGeorge School of Law, and received his Juris Doctor degree in 1989. While at McGeorge School of Law, Mr. Moore was a member of the Moot Court Competition Team, Trial Advocacy Team,...
Compare Save 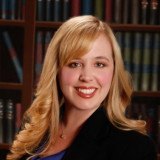 Claimed Lawyer ProfileOffers Video ConferencingSocial Media
Molly M. LeGoy
Washoe County, NV Lawyer with 7 years of experience
(775) 440-1744 98 Winter Street
Reno, NV 89503
Offers Video ConferencingVideo ConfEstate Planning and Probate
Show Preview
View Website View Lawyer Profile Email Lawyer
Molly is committed to offering a comfortable environment and an understanding demeanor where people planning for their own estates or administering the estates for their loved ones can find the solace of a trusted friend and advisor, in addition to the quality of assistance of a big firm attorney–for a reasonable cost. She is a sixth generation Nevadan, and is licensed in both Nevada and California.
Compare Save 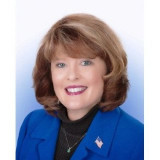 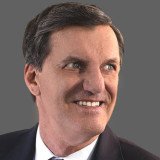 Claimed Lawyer ProfileOffers Video ConferencingQ&ASocial MediaResponsive Law
Stephen R. Harris
Washoe County, NV Lawyer with 47 years of experience
(775) 786-7600 6151 Lakeside Drive
Suite 2100
Reno, NV 89511
Free ConsultationOffers Video ConferencingVideo ConfBankruptcy and Business
University of San Diego School of Law
Show Preview
View Website View Lawyer Profile Email Lawyer
I have practiced law primarily in the chapter 11 business-bankruptcy arena for over 40 years in Northern Nevada.  My ‘extreme’ motivation to help debtors solve their business issues originated in my teenage years while living in Las Vegas, Nevada, during the mid-60's.  At age fifteen I worked for James E. Rogers, Esq. as his law- firm-runner and general all-around maintenance person.  Being in the presence of Jim Rogers on a nearly daily basis for over 3 years motivated me to go to college and then attend law school.  Jim Rogers was my mentor, constantly encouraging me. I was able to...
Compare Save 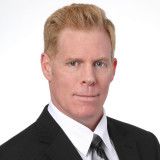 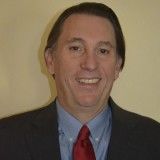 After college, Mathew moved to Washington D.C. where he continued his education as a graduate student and Capitol Hill Fellow at American University. Mathew worked on Capitol Hill as a Congressional...
Compare Save

Free ConsultationAnimal, Education, Personal Injury and Workers' Comp
Show Preview
View Website View Lawyer Profile Email Lawyer
Robert Kilby was born in Wilmington, Delaware and has been a resident of Nevada since 2000. He obtained his legal education at Thomas Jefferson School of Law in San Diego, California, receiving his Juris Doctor degree and graduating cum laude in May 2000. He received numerous honors while attending law school, including the American Jurisprudence Bancroft Whitney Award for his excellence in Contracts, as well as being a Senior Editor for the Thomas Jefferson School of Law, Law Review. Robert Kilby is admitted to practice law in the State of Nevada, and all of its courts, both state and...
Compare Save

Free ConsultationCriminal, DUI, Divorce and Personal Injury
University of the Pacific, McGeorge School of Law
Show Preview
View Website View Lawyer Profile Email Lawyer
Lee Hotchkin is one of the most experienced lawyers in Reno area. With over thirty-eight years of experience, he is among the regions most seasoned lawyers, with an array of experience across a wide spectrum of practice areas. Lee attended both the University of California at Davis and The University of the Pacific’s McGeorge School of Law, where he earned his J D. (Juris Doctor) degree in 1980. He is an active member of both the Nevada and California State Bar Associations. His legal experience includes acting as the former Senior Chief Trial Deputy of Washoe County Public Defender's...
Compare Save 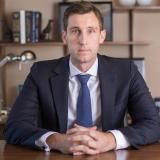 Claimed Lawyer ProfileSocial Media
Tyson Cross
Washoe County, NV Attorney with 9 years of experience
(775) 376-7306 611 Sierra Rose Drive
Reno, NV 89511
Free ConsultationEstate Planning, Probate and Tax
New York University School of Law and UNLV William S. Boyd School of Law
Show Preview
View Website View Lawyer Profile Email Lawyer
Tyson Cross is an attorney in Reno, NV and helps clients in the areas of estate planning, probate, and tax law. You'll find that Tyson's approach to the practice of law is very personal. As a solo practitioner, he is free to interact directly with his clients and remove the formality that is common in most law firms. Tyson is proud to count many of his clients as friends and maintain relationships long after the legal issue has been resolved.
Compare Save
Next
Lawyers in Nearby Cities
FAQ Lawyers Get Listed