Claimed Lawyer ProfileSocial Media
Andrew Skinner
Berkeley County, WV Lawyer with 21 years of experience
(304) 725-7029 261 Aikens Center
Ste 302
Martinsburg, WV 25404
Free ConsultationConsumer, Foreclosure Defense, Personal Injury and Products Liability
University of Texas - Austin
Show Preview
View Website View Lawyer Profile Email Lawyer
Andrew Skinner grew up in Charles Town, West Virginia. He graduated from Jefferson High School in 1988 and then attended the College of William and Mary in Williamsburg, Virginia, from which he received a bachelors degree in Economics in 1992. Andrew participated in the ROTC program at William and Mary and was commissioned as an officer in the United States Army. Andrew served on active duty in the Army for four years, serving as a tanker and then a logistician in the 4th Infantry Division. After coming off of active duty, Andrew started law school at the University of...
Compare Save

Claimed Lawyer Profile
Amanda Lewis Esq
Berkeley County, WV Lawyer with 27 years of experience
(304) 262-3194 PO Box 2942
Martinsburg, WV 25402
Divorce, Domestic Violence, Family and Personal Injury
Ohio Northern University
Show Preview
View Website View Lawyer Profile Email Lawyer
I am in private practice with about 21 years experience, mostly in domestic, family court matters. My background is in West Virginia, and I am a Christian attorney who will not rip you off!
Compare Save

Claimed Lawyer ProfileQ&ASocial Media
D. Michael Burke Esq
Berkeley County, WV Lawyer with 42 years of experience
(800) 903-0901 85 Aikens Center
(Edwin Miller Blvd)
Martinsburg, WV 25401
Free ConsultationMedical Malpractice and Personal Injury
West Virginia University College of Law
Show Preview
View Website View Lawyer Profile Email Lawyer
I am a Martinsburg trial attorney and the founding partner of Burke, Schultz, Harman & Jenkinson. As a group, we have been serving people injured due to the negligence of others in the Eastern Panhandle of West Virginia for almost 120 years combined, making those responsible for injuring others accept that responsibility. We represent those hurt and the families of people killed in all types of automobile collisions, trucking accidents, and motorcycle wrecks, as well as other cases resulting in wrongful death and injury, including medical malpractice, and dog bites, forcing those at fault--and their insurance companies--to pay. ...
Compare Save

Claimed Lawyer ProfileSocial Media
Bradley Jay Reed
Berkeley County, WV Lawyer
(304) 902-4300 300 Foxcroft Ave
Suite 304
Martinsburg, WV 25401
Personal Injury
Pennsylvania State University - Dickinson School of Law
Show Preview
View Website View Lawyer Profile Email Lawyer
Bradley J. Reed, co-founding attorney of Britt-Reed Law Offices, is a dedicated and results-driven Hagerstown personal injury lawyer. He is a member of a number of bar admissions, including Maryland, West Virginia, Pennsylvania, U.S. District Court, Northern District of West Virginia, Virginia and US Court of Appeals, Fourth Circuit, the District of Columbia, and the U.S. Supreme Court. After earning his Bachelor’s degree from Frostburg State University, Bradley went on to obtain his J.D. from Dickinson School of Law. His unparalleled experience has earned him a spot as one of the top-rated personal injury attorneys in the nation, and his...
Compare Save

Claimed Lawyer ProfileSocial Media
David Hinkle
Berkeley County, WV Lawyer with 19 years of experience
(304) 596-2423 142 North Queen Street
Martinsburg, WV 25401
Bankruptcy
Show Preview
View Website View Lawyer Profile Email Lawyer
WV Attorney David J. Hinkle focuses his practice on helping his clients get a fresh financial start through bankruptcy. David has been practicing bankruptcy law for the past ten years and has helped hundreds and hundreds of consumers facing financial difficulties. David started Hinkle Law in 2008 at a time when many people in Martinsburg, WV and the Eastern Panhandle were beginning to feel the effects of the recession and the burst of the real estate bubble. David’s desire to help people struggling with debt problems led him to re-establish a bankruptcy practice. David understands that many people are reluctant to...
Compare Save

Claimed Lawyer Profile
Cinda Scales Esq
Berkeley County, WV Attorney with 32 years of experience
(304) 267-9090 314 W John St
Martinsburg, WV 25401
Bankruptcy, Divorce, Domestic Violence and Family
University of Maryland Francis King Carey School of Law
Show Preview
View Website View Lawyer Profile
Cinda L. Scales is an attorney practicing in the eastern panhandle of West Virginia. Ms. Scales was admitted to the practice of law in 1989. She is a graduate of the University of Maryland School of Law. In additional she has a Masters of Business Administration and Masters of Applied Psychology from Shippensburg University. She received her Bachelor's Degree from Shepherd University in Business Administration. She is admitted to practice law in West Virginia and Maryland. In addition to the practice of law, she is an associate professor of business administration at Shepherd University.
Compare Save 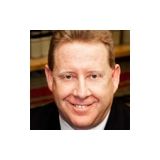 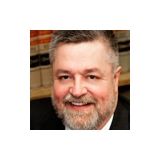 Claimed Lawyer ProfileOffers Video ConferencingSocial Media
Brenda Waugh Esq
Jefferson County, WV Attorney with 34 years of experience
(304) 728-3660 202 N. Charles Street
Charles Town, WV 25414
Free ConsultationOffers Video ConferencingVideo ConfPersonal Injury
West Virginia University
Show Preview
View Website View Lawyer Profile Email Lawyer
Brenda Waugh cares most about one thing when she is working with her Brenda Waugh cares most about one She brings her passion for justice and her compassion to improve client’s wellbeing to every case she works on, whether it involves negotiating with an insurance company, mediating a conflict between co-workers or helping a family develop a future in a collaborative divorce. Brenda cares about you!
Brenda brings over thirty years of experience to this work. While she has ample experience in the courtroom as litigator, she has also received additional education and training in mediation and negotiation to broaden...
Compare Save