Free ConsultationWhite Collar Crime, Criminal, DUI and Health Care
University of Louisville
Show Preview
View Website View Lawyer Profile Email Lawyer
Scott C. Cox is one of Kentucky’s top criminal defense attorneys. He is a former federal prosecutor and has been recognized as standing in the top rank of his profession by such authoritative sources as Best Lawyers in America, Kentucky Super Lawyers, and Louisville Magazine. Scott handles cases in all federal jurisdictions nationwide and all counties in Kentucky. Scott was named in Best Lawyers as a preeminent criminal lawyer in 2008-2014. Best Lawyers is the oldest and most respected criminal attorney peer review publication in the legal profession. A listing in Best Lawyers is widely regarded by...
Compare Save 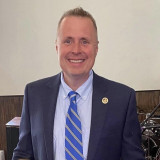 Claimed Lawyer Profile
Johnathan Clay Gay
Flemingsburg, KY White Collar Crime Attorney
(859) 797-5759 120 Brookhill Drive
Flemingsburg, KY 41041
White Collar Crime, Criminal, Family and Health Care
Show Preview
View Lawyer Profile Email Lawyer
Johnathan has been licensed in KY state courts, the federal court in the Eastern District of KY, and the United States 6th Circuit Court of Appeals since 2002. He began his legal career as a law clerk then Associate Attorney with the Law Firm of Warren N. Scoville & Associates. Johnathan has a 19 year career working with those in active addiction. He has made criminal law his primary focus over the years and has represented clients in dozens of counties and KY court rooms. He also does Casey’s Law assistance, nonprofit law, corporate law, family law, and has particular expertise...
Compare Save