Claimed Lawyer ProfileSocial Media
Robert Kilby
Reno, NV Workers' Compensation Lawyer with 20 years experience
(775) 825-7777 1895 Plumas Street, Suite 4
Reno, NV 89509
Free ConsultationWorkers' Comp, Animal, Education and Personal Injury
Compare Save
Show Preview
View Website View Lawyer Profile Email Lawyer
Robert Kilby was born in Wilmington, Delaware and has been a resident of Nevada since 2000. He obtained his legal education at Thomas Jefferson School of Law in San Diego, California, receiving his Juris Doctor degree and graduating cum laude in May 2000. He received numerous honors while attending law school, including the American Jurisprudence Bancroft Whitney Award for his excellence in Contracts, as well as being a Senior Editor for the Thomas Jefferson School of Law, Law Review. Robert Kilby is admitted to practice law in the State of Nevada, and all of its courts, both state and... 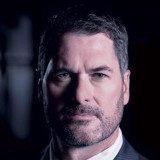 Claimed Lawyer ProfileSocial Media
John Shook
Reno, NV Workers' Compensation Attorney with 26 years experience
(775) 566-0023 201 West Liberty Street
Suite 350
Reno, NV 89501
Free ConsultationWorkers' Comp, Medical Malpractice, Nursing Home and Personal Injury
University of Oklahoma College of Law
Compare Save
Show Preview
View Website View Lawyer Profile Email Lawyer
John B. Shook is a founding partner of the Reno personal injury law firm Shook & Stone. He has more than 18 years of legal experience and frequently handles and serves as lead counsel on the firm's most complex trial cases. Mr. Shook is known for his successful representation of clients affected by product liability, medical malpractice, premises liability, car accidents and insurance bad faith. He is a member of the American Association for Justice, the American Bar Association and the State Bar of Nevada of which he served as the elected chair of the Client's Security Fund from 2009...

Claimed Lawyer ProfileSocial Media
Laurie Yott
Reno, NV Workers' Compensation Attorney with 34 years experience
(775) 824-8833 6130 Plumas St
Reno, NV 89519
Workers' Comp, Insurance Defense and Personal Injury
University of San Diego School of Law
Compare Save
Show Preview
View Website View Lawyer Profile
Laurie A. Yott is a partner in the law firm of Beckett, Yott & McCarty, Chtd. She has been an attorney for more than twenty-five years and has successfully handled thousands of workers' compensation, personal injury and subrogation cases. She and Riley Beckett are unquestionably Nevada's leading experts in the subrogation field. Mrs. Yott has also frequently been retained to handle workers' compensation cases at the upper appellate levels. She is currently handling numerous cases before the Nevada Supreme Court and was successful in defending a Nevada workers' compensation decision at the United States Supreme Court in 2002. Mrs. Yott is a... 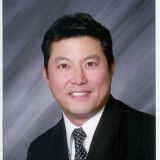 Jonathan was inspired to become a lawyer due to his natural drive to help people. He knows that when people need the services of an attorney, they are often scared, frustrated, and hurt. He likes helping to relieve that burden by explaining the litigation process and helping them to understand that they have someone...

Reno, NV 89502
Free ConsultationWorkers' Comp, Medical Malpractice, Personal Injury and Products Liability
Thomas Jefferson School of Law
Compare Save
Show Preview
View Website View Lawyer Profile Email Lawyer
Why did you become an attorney? From a young age the thought of becoming an advocate always appealed to me. The mere idea of having a profession, the education, and the ability to appear in court to present an argument lured me in. Upon turning 16 and obtaining a drivers license, I obtained employment as a runner at a law office. I maintained the same employment until the end of my college days at UNLV. Gaining experience from the attorneys and familiarizing myself with the court house. The influences I received throughout that opportunity sealed the deal. After...

Claimed Lawyer ProfileSocial Media
Patti Wise
Las Vegas, NV Workers' Compensation Attorney with 24 years experience
(702) 240-0000 500 S 4th St
Las Vegas, NV 89101
Free ConsultationWorkers' Comp, Arbitration & Mediation, Personal Injury and Social Security Disability
University of Wyoming College of Law
Compare Save
Show Preview
View Website View Lawyer Profile Email Lawyer
As Managing Attorney for Edward M. Bernstein & Associates in Las Vegas, Patti has been instrumental in assisting thousands of people with their accident and injury claims. For more than 19 years, she has worked primarily in Mass Tort and Personal Injury cases, with an emphasis in brain injuries, seriously injured plaintiffs and pharmaceutical litigation. In addition, Patti was one of the lead attorneys in the litigation against the Endoscopy Center of Southern Nevada. In 2011, Patti was trial co-counsel in Washington v. Teva which resulted in a $104 million verdict ( the 7th largest verdict in the United... 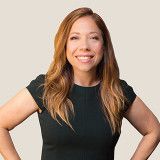 Claimed Lawyer ProfileSocial Media
Joseph L. Benson II
Reno, NV Workers' Compensation Lawyer with 19 years experience
(800) 381-3529 1320 E Plumb Lane Ste A
Reno, NV 89502
Free ConsultationWorkers' Comp, Medical Malpractice, Personal Injury and Products Liability
Thomas Jefferson School of Law
Compare Save
Show Preview
View Website View Lawyer Profile Email Lawyer
Why did you become an attorney? The underlying education was the primary reason for the desire to first become an attorney. Obviously, to make a good living and enjoy what you do is the ultimate career. I have found that becoming an attorney was half the battle, becoming a great attorney involves mastering the art of legal persuasion, which is best acquired by experience, and years of training. The reward of client satisfaction truly makes me happy. I had a very strong influence with my Father, Joseph L. Benson, Sr. who also is a personal injury lawyer (and recently... 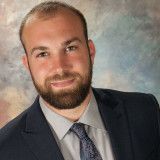 Claimed Lawyer ProfileSocial Media
Jason H. Weinstock
Henderson, NV Workers' Compensation Attorney with 1 year experience
(702) 699-5336 2470 St. Rose Parkway
Suite 310
Henderson, NV 89074
Workers' Comp
UNLV William S. Boyd School of Law
Compare Save
Show Preview
View Website View Lawyer Profile Email Lawyer
The relationship between a workers’ compensation attorney and their injured worker client entails frequent client contact about personal medical and financial problems. I developed a passion for the law and a desire to help injured workers from my Mother, who was also a Workers' Compensation Law Attorney. My mother was a funny, kind-hearted, and a hard-working woman that truly took pride in helping people when they needed it most. She remains my inspiration for being a lawyer. It is the values I learned working for her at 16 years old that I carry into my practice of law, how... 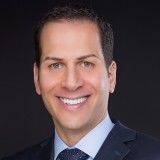 Las Vegas, NV 89106
Free ConsultationWorkers' Comp, Insurance Claims, Medical Malpractice and Personal Injury
University of San Diego School of Law
Compare Save
Show Preview
View Website View Lawyer Profile Email Lawyer
If you are suffering the aftereffects of a personal injury accident, you should not hesitate to seek out the help and support you need from a trustworthy attorney. Come to The William Palmer Law Group without any delay and secure the help of a tried and true lawyer. It is of the utmost importance that you have an attorney who is trustworthy, proven, and compassionate, and the team at this firm fits that description. Attorney Billy Palmer received his Juris Doctorate at Thomas Jefferson School of Law, after earning his Bachelor of Arts degree at Brigham Young University. He is... 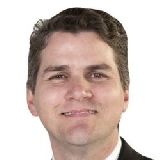 Las Vegas, NV 89101
Free ConsultationWorkers' Comp and Personal Injury
Gonzaga University School of Law
Compare Save
Show Preview
View Website View Lawyer Profile Email Lawyer
Dean M. Tingey was born in Alexandria, Virginia, in 1964. He attended Brigham Young University, where he received a Bachelor of Science degree in 1989. He also attended Gonzaga Law School, where he received a Juris Doctorate degree in 1997. He was admitted to the State Bar of Nevada in 1998. Dean is a member of the Clark County Bar Association and the Nevada Justice Association. 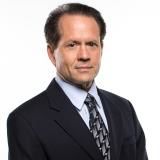 
Las Vegas, NV 89101
Free ConsultationWorkers' Comp, Immigration and Personal Injury
University of Idaho College of Law
Compare Save
Show Preview
View Website View Lawyer Profile Email Lawyer
Our practice focuses on the areas of personal injury, workers compensation and immigration. Our team is here to provide you with the best possible legal service and experience. My interest in the law developed in a unique manner. My father was a small town medical doctor and my mom was a nurse. From a very young age I knew I wanted to help people. When I decided on law, I was thrilled to learn that I could work alongside medical providers to help a client regain their health, in addition to helping them recover a financial settlement for their pain...
Next
Workers' Compensation Lawyers in Nearby CitiesWorkers' Compensation Lawyers in Nearby Counties
FAQ Lawyers Get Listed