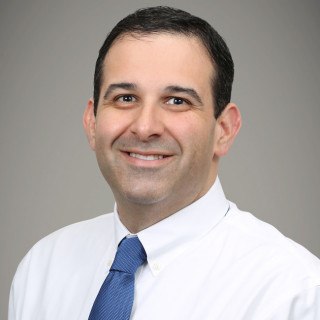 Free ConsultationConsumer, Bankruptcy, Collections and Family
Louisiana State University - Baton Rouge
Compare Save
Show Preview
View Website View Lawyer Profile Email Lawyer
Susan became interested in guiding families through the legal process when she witnessed the suffering caused by uncaring attorneys and a misunderstanding of the legal process by the average person who simply want results and to move forward with their lives. Susan is especially interested in helping fathers fight for custody and/or time with their children, because fathers often seem to get the least respect from the courts. Susan offers reasonable flat rate fees for Louisiana or Mississippi family law clients once she determines how she might best assist them. She recently partnered with attorney William...

Claimed Lawyer ProfileQ&ASocial Media
Samuel John Ford
New Orleans, LA Consumer Law Attorney with 6 years of experience
(504) 684-5200 909 Poydras
Suite 1100
New Orleans, LA 70112
Consumer
Tulane University School of Law
Compare Save
Show Preview
View Website View Lawyer Profile Email Lawyer
Samuel Ford is a dedicated consumer attorney, protecting the rights of consumers in Louisiana, the gulf coast, and throughout the nation. Samuel's practice is focused on providing individuals relief from relentless debt collectors who use abusive and illegal tactics to squeeze money out of hard-working Americans. Prior to joining Varadi, Hair & Checki, Samuel was a defense attorney for creditors and debt collectors, witnessing first-hand the injurious methods utilized by these corporations and learning the best ways to fight back against them. If you are receiving calls or letters from a debt collector, have been sued on a debt, or...

Consumer, Personal Injury, Products Liability and Real Estate
Loyola University New Orleans
Compare Save
Show Preview
View Website View Lawyer Profile Email Lawyer
Scott R. Simmons earned his Bachelor of Arts degree in 1990 from Louisiana State University and his juris doctor in 1993 from Loyola University in New Orleans School of Law. Mr. Simmons was admitted to the Louisiana Bar in 1994 and subsequently to the bars of the United States District Court for the Eastern, Middle, and Western Districts of Louisiana. He has practiced in the areas of commercial litigation, residential and commercial real estate, title examination and title insurance, real estate development and financing, class actions, personal injury and consumer representation. Mr. Simmons is a Louisiana Notary...

Claimed Lawyer ProfileSocial Media
Christopher Todd Caplinger
New Orleans, LA Consumer Law Lawyer
(504) 568-1990 601 Poydras St.
Suite 2775
New Orleans, LA 70130
Consumer, Bankruptcy, Business and Collections
Loyola University New Orleans
Compare Save
Show Preview
View Website View Lawyer Profile Email Lawyer
Mr. Caplinger concentrates his practice on representation of debtors, creditors, and creditor committees in Chapter 11 bankruptcy reorganization cases, creditors in Chapter 7, 11, and 13 cases, and creditor defendants in all aspects of prosecution and defense of claims and actions before bankruptcy courts and in related litigation before federal district courts. He also represents clients in other commercial litigation matters. Mr. Caplinger was admitted to practice before all State and Federal Courts in the State of Louisiana in 1998 and has been admitted pro hac vice and has appeared before the Northern District of Oklahoma, the Bankruptcy Courts...

Claimed Lawyer ProfileSocial Media
Benjamin Z. Wise
New Orleans, LA Consumer Law Attorney with 22 years of experience
(888) 929-9473 3014 Dauphine Street
New Orleans, LA 70177
Free ConsultationConsumer and Personal Injury
Mississippi College School of Law
Compare Save
Show Preview
View Website View Lawyer Profile Email Lawyer
Benjamin Wise brings practical and legal expertise to bear as your legal representative. Ben is an experienced professional working for the past thirty years in both the maritime industry and legal sector. His career includes sailing internationally on merchant vessels as a licensed navigator officer, as well as experience with diverse legal matters. This diverse life experience helps him offer innovative, “people first” solutions to even the most complex dilemmas. I understand that your priorities are my priorities; I succeed only if you do.

Ben holds a JD from Mississippi College in Jackson, Missisisppi and a BS in Marine...

Consumer, Bankruptcy and Personal Injury
Compare Save
Show Preview
View Lawyer Profile Email Lawyer
I founded DeT Law Firm, LLC, in New Orleans, to assist good, local individuals and businesses struggling with tough times. Through my years of practice, I have taken great pride in helping individuals facing odds that have been stacked against them. Whether its going after large corporations or insurance companies, I have never been afraid to step into the ring and fight for what our clients deserve.