Claimed Lawyer ProfileOffers Video ChatSocial MediaResponsive Law
Morris "Mo" Hugh Wiltshire Jr.
Athens, GA Criminal Law Lawyer with 26 years of experience
(706) 543-0002 490 N. Milledge Avenue
Suite 500C
Athens, GA 30601
Offers Video ChatCriminal, DUI, Domestic Violence and White Collar Crime
The University of Georgia School of Law
Compare Save
Show Preview
View Website View Lawyer Profile Email Lawyer
As a former felony prosecutor and a former DUI prosecutor in practice for over 20 years Mo Wiltshire has seen every type of criminal case in the court system. His prosecution insider background, along with having tried several hundred jury trials, establishes that Mo Wiltshire possesses a breadth and depth of experience that is very difficult to find elsewhere. Experience is vital but of equal importance is skill and ability in the courtroom. Mo Wiltshire has been formally recognized by numerous national organizations for outstanding achievement and overall excellence as a trial attorney and advocate for his clients.... 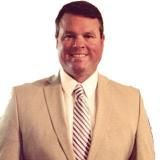 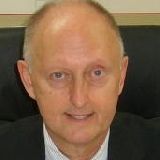 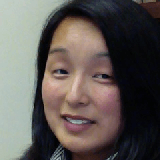 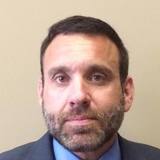 (1 Peer Review)
(706) 208-1169 150 East Washington Street
Suite B
Athens, GA 30601
Free ConsultationAthens, GA Criminal Law Attorney with 28 years of experience
Criminal and DUI
The University of Georgia School of Law
Compare Save
Show Preview
View Website View Lawyer Profile Email Lawyer
Jeff Rothman is a member of the National College for DUI Defense (NCDD), the DUI Defense Lawyers Association (DUIDLA) and the Georgia Defense of Drinking Drivers group (DODD). Dedicating his practice to contested DUI cases, Mr. Rothman is a trial attorney who has served as lead counsel in hundreds of jury trials during his career. He has helped clients win acquittals or reductions of DUI charges in cases too numerous to mention. As a regular speaker at statewide continuing legal education seminars, Mr. Rothman lectures on subjects ranging from Administrative License Suspension, to trial tactics and issues. 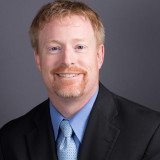 I have been representing persons accused or suspected of criminal wrongdoing since 2010. I have been featured in television news stories with Randy Travis’ Fox 5 Atlanta I-Team Investigations, and CBS-46 investigations into the Walton County Sheriff’s Department corruption and drug investigations. I am a guest lecturer for the Georgia Association of Criminal Defense Lawyers and Gwinnett County Bar Association.

I have spent 22 years in the courtroom both as a prosecutor and a defense attorney. ... 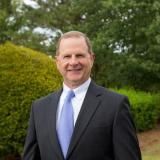 
Criminal
The University of Georgia School of Law
Compare Save
Show Preview
View Website View Lawyer Profile Email Lawyer
Mark has practiced as a criminal lawyer in Northeast Georgia since 1985. After receiving his JD from the University of Georgia School of Law, he associated with Cook, Noell, Tolley and Aldridge, where he became a partner in 1987. In 1997, Mark opened a solo practice in downtown Athens and then relocated to his current office at Resource Valley in 1998. From the beginning of his practice, Mark has concentrated his trial practice almost exclusively as a criminal lawyer and managing personal injury cases. His past and present associations include Georgia Association of Criminal Defense Lawyers ("GACDL") (vice president); the... 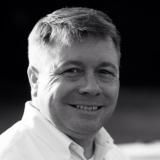 Criminal, DUI, Divorce and Traffic Tickets
Compare Save
Show Preview
View Website View Lawyer Profile Email Lawyer
Gabriel Bradford, a former member of the Sarasota County Fire Department, is a graduate of the University of Georgia School of Law and a magna cum laude graduate of the University of Georgia. While in law school, Gabe served on the School of Law’s Honor Court. Prior to joining the firm as a partner, Mr. Bradford served as an assistant district attorney in the Piedmont Judicial Circuit, which includes Banks, Barrow, and Jackson Counties. As an assistant district attorney, Gabe received trial training from the Prosecuting Attorney’s Council of Georgia and developed an expertise in domestic violence. Today,...
Sponsored Listings
Brandon Alexander Thomas 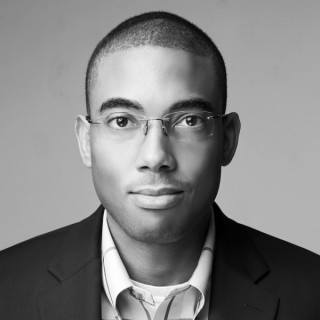 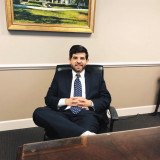 Jeffrey Jackson is very experienced with navigating the Courts and will expertly provide you with assistance and advice as your case proceeds through the Court. 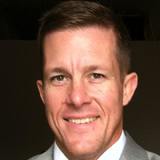 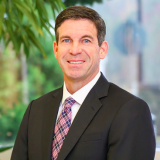 
Criminal and DUI
University of Alabama - Tuscaloosa
Compare Save
Show Preview
View Website View Lawyer Profile Email Lawyer
Patrick J. McDonough leads the criminal defense division for Andersen, Tate & Carr, and is among the most sought after criminal defense attorneys in the state of Georgia. He has received national attention from the news media, and has been featured in leading publications including The New York Times, The Washington Post, Sports Illustrated, AJC and Forbes. His criminal practice includes both state and federal white-collar and general criminal defense. Yet, his primary focus is helping the average citizen who has gotten caught up in the system from a kid shoplifting to a DUI. 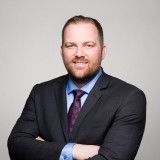 Free ConsultationMonroe, GA Criminal Law Attorney with 2 years of experience
Criminal, DUI, Divorce and Family
Emory University School of Law
Compare Save
Show Preview
View Website View Lawyer Profile Email Lawyer
Peter J. Wosnik (“Pete”) is a talented trial lawyer who has defended people in hundreds of felony and misdemeanor criminal cases. Pete has taken multiple cases to trial and has achieved not guilty verdicts in charges such as drug trafficking and possession, and battery and criminal trespass. Pete tried his first felony case before getting his bar results and achieved not guilty verdicts on both charges for his client. In addition to acquittals, he has also helped his clients receive dismissals in charges of aggravated assault, robbery, criminal damage to property, theft by taking, and more. 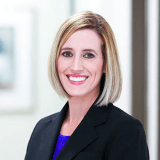 
Criminal, Divorce, Domestic Violence and Family
The University of Georgia School of Law and Stetson University
Compare Save
Show Preview
View Website View Lawyer Profile Email Lawyer
Trinity Hundredmark heads the domestic relations division for Andersen, Tate, & Carr, P.C., while also working within the criminal practice division. She is considered a leader in the southeast in both family and criminal law related matters, and can often be seen in the news media, offering her legal insight on cases in the National spotlight. 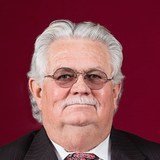 
Free ConsultationCriminal, DUI, Divorce and Traffic Tickets
Atlanta Law School
Compare Save
Show Preview
View Website View Lawyer Profile Email Lawyer
Attorney Tony A. Taylor is a founding partner at Daniels & Taylor, P.C. where he practices in many areas of the law, including family law, criminal law, juvenile law, wills and estates, and divorce law. He is admitted to practice law in Georgia and before the U.S. District Court Northern District of Georgia, the Georgia Court of Appeals, and the Supreme Court of Georgia. Tony holds a B.B.A from Oglethorpe University and a J.D. from Atlanta Law School.
Over the years, Tony has taught numerous classes and seminars on a variety of legal topics, including general mediation training, divorce and... 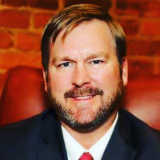 Free ConsultationCriminal, DUI and Personal Injury
Georgia State University College of Law
Compare Save
Show Preview
View Website View Lawyer Profile Email Lawyer
You will Not Find Us on TV. You will find us in the Court House. Call BEN HE WINS!

The biggest complaint I hear when contacted by a personal injury client that is unhappy with their current attorney is that many of them never even meet an attorney. The TV lawyers as they are called are Marketers and Not Trial Lawyers. They let an army of clerical staff conduct mostly all aspects of their clients' personal injury cases.

Ben meets all clients in person and sits down with them for a real consultation. The TV Lawyers... 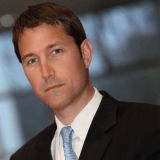 
Criminal, DUI, Personal Injury and Traffic Tickets
Georgia State University College of Law
Compare Save
Show Preview
View Website View Lawyer Profile Email Lawyer
Awarded among the top 100 lawyers in Georgia by the National Trial Lawyers and Top 100 Super Lawyer as published in Atlanta Magazine, Rick has earned the reputation for being among the best DUI lawyers not only in Gwinnett County, but anywhere in Georgia. He earned this reputation as a top lawyer by fearlessly defending difficult DUI cases. He was also awarded The Most Amazing Winning Streak (2011), DUI Lawyer of the Year (2009) and the Most Amazing verdict of Acquittal by the Georgia DODD group. Rick Ryczek tirelessly defends those accused of DUI, and challenges himself... 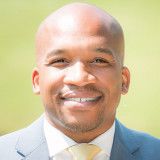 Criminal, Divorce, Personal Injury and White Collar Crime
Northeastern University School of Law
Compare Save
Show Preview
View Website View Lawyer Profile Email Lawyer
Rouse & Company LLC - is a law firm dedicated to helping people fight serious felony and misdemeanor charges in Georgia. If you or a family member are facing charges that require jail time, e.g. drug offenses, weapons charges, RICO violations, obstruction, assault / battery, DUI / DWI, fraud, etc., before you determine how to handle your bond, you should call S. Carlton Rouse, Esq. for a consultation. Although we are primarily located in Snellville, Georgia, we have and continue to represent individuals and families throughout the State of Georgia. Call us and let us put our expertise and experience... 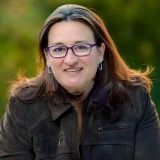 Claimed Lawyer ProfileSocial Media
Christine Koehler
Lawrenceville, GA Criminal Law Lawyer with 25 years of experience
(770) 513-0113 261 West Crogan St.
Lawrenceville, GA 30046
Criminal, DUI, Personal Injury and Traffic Tickets
Georgia State University College of Law
Compare Save
Show Preview
View Website View Lawyer Profile Email Lawyer
Christine Koehler is the lawyer that other lawyers hire when they need legal assistance. Christine has been practicing law for 22 years. At the beginning of her career she focused solely on criminal, DUI and traffic defense. After gaining extensive courtroom experience, Christine decided to expand her practice to assist individuals and families injured in motor vehicle accidents, as well as victims of wrongful death. Christine has been named a Georgia Super Lawyer by her peers for the last 15 years. Her trial skills make her a sought after speaker nation wide and Christine enjoys teaching...
Next
Criminal Lawyers in Nearby CitiesCriminal Lawyers in Nearby Counties
FAQ Lawyers Get Listed