Free ConsultationCriminal, DUI, Insurance Claims and Nursing Home
University of Dayton School of Law
Compare Save
Show Preview
View Website View Lawyer Profile Email Lawyer
Gounaris Abboud, LPA is a full service litigation firm located in Dayton, Ohio. We handle DUI defense, criminal defense, Family law issues (such as divorce, dissolution, and custody), federal criminal law defense and personal injury. The partners of Gounaris Abboud, LPA are like family and understand the importance of treating our clients like extended family. Our clients are our number one priority. At Gounaris Abboud, LPA we pride ourselves in providing our clients with aggressive, dependable legal representation. When we work with our clients, we go out of our way to present them with the individual, one-on-one attention they deserve.

Claimed Lawyer ProfileQ&ASocial Media
Joseph W. Stadnicar Esq
Beavercreek, OH Criminal Law Lawyer with 30 years of experience
(937) 426-3310 3836 Dayton Xenia Road
Beavercreek, OH 45432
Criminal, DUI, Personal Injury and White Collar Crime
The Ohio State University Michael E. Moritz College of Law
Compare Save
Show Preview
View Website View Lawyer Profile Email Lawyer
Mr. Stadnicar graduated with his law degree (1990) and MBA (1989) from the Ohio State University and began his legal career in 1990 as prosecutor for the cities of Beavercreek and Fairborn, Ohio. He also practiced in the private sector with the law firm of Gerald E. Schlafman & Associates. In 1995, Mr. Stadnicar opened his own law firm in Beavercreek as he continued to prosecute for the City of Beavercreek. In 1996, Mr. Stadnicar associated his practice with the law firm of Hammond and Stier. After several years his firm merged with Hammond and Stier,...

Criminal, DUI, Divorce and Family
University of Dayton
Compare Save
Show Preview
View Website View Lawyer Profile Email Lawyer
Bradley Baldwin was born and grew up in New York State. He obtained a Bachelor of Science degree from Syracuse University and a Juris Doctorate degree from the University of Dayton School of Law. Prior to law school, Bradley worked as an intern for the Monroe County District Attorney’s Office in Rochester, New York. Bradley is a former Montgomery County Assistant Prosecuting Attorney where he prosecuted hundreds of adult felony cases including drug offenses, robbery, assault, and murder. While working as a prosecutor, he also prosecuted hundreds of cases involving juvenile delinquency and custody matters within the Child Protection Unit. Bradley is... 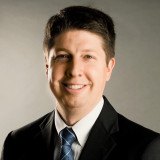 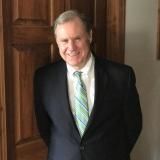 Claimed Lawyer ProfileSocial Media
William Randall Rock Esq
Dayton, OH Criminal Law Lawyer with 36 years of experience
(937) 224-7625 10817 Yankee Street
Dayton, OH 45458
Free ConsultationCriminal, DUI, Divorce and Personal Injury
University of Dayton School of Law
Compare Save
Show Preview
View Website View Lawyer Profile Email Lawyer
Legal matters can be intimidating, overwhelming and stressful. For over three decades I have had the privilege and satisfaction of helping people solve legal problems. Most who contact my office are experiencing difficult times and, therefore, legal representation must be competent, effective and conducted with intense enthusiasm and devotion to purpose. In a word, legal representation must be zealous. If you have a concern and seek professional legal advise, contact our office and schedule a FREE INITIAL and CONFIDENTIAL CONSULTATION to discuss your case. Our fees are reasonable, affordable and agreeable payment plans can... 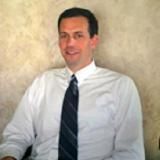 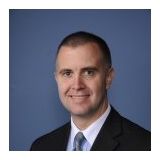 Claimed Lawyer Profile
Theodore Davis Valley Esq
Dayton, OH Criminal Law Attorney with 22 years of experience
(937) 436-0699 854 E Franklin St
Dayton, OH 45459
Criminal, DUI, Divorce and Family
Compare Save
Show Preview
View Website View Lawyer Profile Email Lawyer
Ted Valley is a graduate of the University of Dayton, where he obtained a Bachelor of Science degree in Criminal Justice - Law Enforcement in 1995. In 1999, Ted graduated from the University of Dayton School of Law with a Juris Doctorate degree. Later in 1999, Ted was admitted to the Ohio State Bar. Ted began his legal career as a Law Clerk for the Montgomery Co., Ohio Prosecutor's Office during law school. While clerking, Ted handled a wide variety of matters including child custody, child support, appellate, and criminal matters. Upon completing law school and being admitted to the Ohio State Bar,... 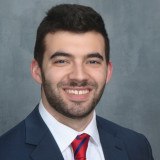 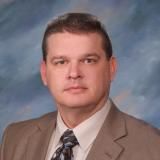