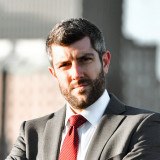 Claimed Lawyer ProfileOffers Video ChatSocial Media
Nicholas Parrillo
Newport, RI Criminal Law Attorney with 7 years of experience
(401) 218-0034 37 Bellevue Ave
Newport, RI 02840
Offers Video ChatCriminal
Compare Save
Show Preview
View Website View Lawyer Profile Email Lawyer
After graduating from Law School with Honors Attorney Nicholas J. Parrillo earned a prestigious clerkship with Chief Justice Paul Suttell of the Rhode Island Supreme Court. Since then, he has spent virtually every day of his professional career in the courtroom fighting for his clients. From petty misdemeanors and traffic offenses to violations of probation, felonies, and capital offenses, Attorney Parrillo has successfully handled thousands of cases across Rhode Island courts. His knowledge of the law and tenacity has earned him the respect of Judges and other attorneys statewide, earning his clients the results they deserve. ...

Criminal, Arbitration & Mediation, DUI and Personal Injury
Suffolk University Law School
Compare Save
Show Preview
View Website View Lawyer Profile Email Lawyer
As a retired police officer who served as a patrolman, prosecution Detective Sergeant, all the way through Acting Chief of a police department, I have a unique skill set and perspective of the criminal law process that I will use to give you the best defense possible. I understand the system from the prosecution and investigative side and use that knowledge to devise the best legal strategy for your defense. I also served in the military and am well versed in the different needs and circumstances around veterans and can provide you with outstanding service and support as your attorney.
I...

Claimed Lawyer ProfileOffers Video ChatQ&ABlawg SearchSocial Media
Matthew T. Marin
Newport, RI Criminal Law Lawyer with 12 years of experience
(401) 218-0034 37 Bellevue Ave
Newport, RI 02840
Free ConsultationOffers Video ChatCriminal, DUI, Traffic Tickets and White Collar Crime
Roger Williams University School of Law
Compare Save
Show Preview
View Website View Lawyer Profile Email Lawyer
As a dedicated Rhode Island Criminal Defense Lawyer, Attorney Matthew Marin provides aggressive and experienced representation for those accused of criminal offenses throughout Rhode Island. While we represent individuals charged with a wide range of alleged criminal misconduct, we take on a large number of DUI (driving under the influence), domestic violence, and drug crime cases. If you or a loved one is facing criminal charges in Rhode Island, contact Attorney Matthew Marin at 401-228-8271 for a no obligation consultation regarding their case and information about how we can assist. In 2014, Attorney Matthew Marin was awarded...

Claimed Lawyer ProfileSocial Media
John R. Bernardo III
Wakefield, RI Criminal Law Lawyer with 37 years of experience
(401) 788-0049 105 Main Street
Wakefield, RI 02879
Free ConsultationCriminal, DUI, Domestic Violence and Traffic Tickets
New England Law | Boston and Boston University
Compare Save
Show Preview
View Website View Lawyer Profile Email Lawyer
If you have been unfortunate enough to have been charged in Rhode Island with either a DUI or a Refusal (or both), the good news is that it is not a foregone conclusion that you will lose your ability to drive your vehicle once your license has been suspended. A relatively new law in Rhode Island now makes it possible for persons with a suspended license, as a result of a DUI or Refusal, to drive their own vehicle to and from certain places (with an installed interlock device). Attorney John Bernardo has the knowledge and experience regarding... 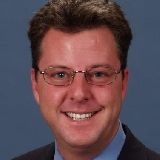 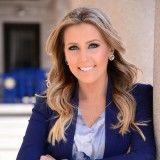 Claimed Lawyer ProfileQ&ASocial Media
Allison Abilheira
Warren, RI Criminal Law Attorney with 7 years of experience
(401) 245-5100 957 Main St
Warren, RI 02885
Free ConsultationCriminal, Divorce and Family
Roger Williams University School of Law
Compare Save
Show Preview
View Website View Lawyer Profile Email Lawyer
Abilheira Law, LLC is passionate about representing and defending the criminally accused throughout Rhode Island. Their criminal defense attorneys have the experience, skill, and dedication to take on a broad range of charges, from DUI to domestic violence matters. They pride themselves on delivering strategic defenses and legal approaches tailored specifically to their clients’ cases. Over the years, their firm has tackled a comprehensive range of cases and can use this experience to benefit your case. Their lawyers are available around-the-clock to provide aggressive and effective defense and counsel for their clients, going above and beyond to secure the best... 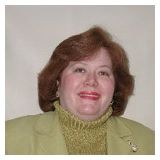 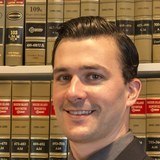 Claimed Lawyer ProfileSocial Media
Louis Abilheira
Warren, RI Criminal Law Lawyer with 7 years of experience
(401) 526-4150 957 Main Street
Warren, RI 02885
Free ConsultationCriminal
Roger Williams University School of Law
Compare Save
Show Preview
View Website View Lawyer Profile Email Lawyer
Backed by a proven record of success, L. Gregory Abilheira proudly defends the rights of the criminally accused throughout Rhode Island. He has a strong background in criminal law, gaining invaluable experience prosecuting simple assault, probation violation, and various other criminal cases as a student attorney for the Rhode Island Office of Attorney General. Attorney Abilheira has aggressively defending clients facing DUI charges, drug possession accusations, breaking and entering crimes, and many other cases. He is passionate about helping those in his community, as seen by his dedication as a member of the Bristol Volunteer Fire Department for the last... 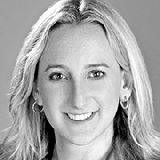 Claimed Lawyer Profile
Kristine Trocki
Jamestown, RI Criminal Law Lawyer with 20 years of experience
(401) 423-3390 38 Narragansett Avenue, Suite D
Jamestown, RI 02835
Free ConsultationCriminal, Arbitration & Mediation, Divorce and Employment
Northeastern University
Compare Save
Show Preview
View Website View Lawyer Profile Email Lawyer
Kristine S. Trocki opened her Jamestown, Rhode Island law firm in 2006 and has been practicing law in RI for over 10 years. Dedicated to serving her clients and the local community, Kristine opened her doors not only with a strong knowledge of the law but with an equal desire to practice in a way that is creative, intelligent, and mindful, thus offering clients several approaches to addressing/fulfilling their legal needs. Kristine has applied this philosophy to her many areas of practice including: Mediation; Divorce & Family Law; Personal Injury & Auto Accidents; Wills, Healthcare & Financial Powers of Attorney;... 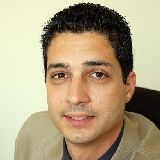 Mr. Tomassi designed Tomassi Law Associates to utilize advanced technology and has created the law office of the 21st century; forging technology, personal experience and knowledge of the law to provide our clients with effective and efficient legal services with a "client and results oriented" approach. Mr. Tomassi incorporates a hands-on approach and deals with... 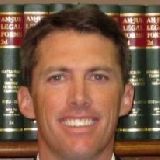 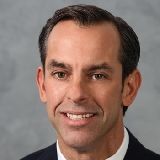 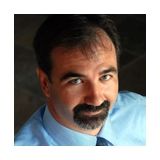