(2 Peer Reviews)
(717) 482-1839 701 Cumberland St.
Ste 212
Lebanon, PA 17042
Offers Video ConferencingVideo ConfLebanon, PA DUI Lawyer with 45 years of experience
DUI, Criminal, Personal Injury and Traffic Tickets
Saint Louis University School of Law
Show Preview
View Website View Lawyer Profile Email Lawyer
Joseph D'Annunzio's diverse work background makes him stand out as an extraordinary Attorney. With over 44 years of legal experience, he instills the confidence needed to provide successful outcomes for each client. His career path began upon receiving his license to practice law in October of 1976. He landed his first legal occupation as an Assistant Public Defender for the Montgomery County Public Defenders Office in 1976, where he represented indigent clients charged with crimes. During his years as a Public Defender, he pursued his dreams of having his private Firm. He succeeded in opening his office in his hometown of...
Compare Save 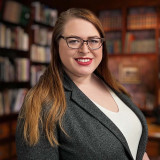 Claimed Lawyer ProfileOffers Video ConferencingSocial Media
Allissa M. Myers
Lebanon, PA DUI Attorney
(717) 775-7105 701 Cumberland St.
Ste 212
Lebanon, PA 17042
Free ConsultationOffers Video ConferencingVideo ConfDUI, Criminal, Divorce and Personal Injury
Temple University Beasley School of Law
Show Preview
View Website View Lawyer Profile Email Lawyer
Allissa McDonald Myers brings her ambition and passion for helping her clients get the resolution they need to the Law Office of Jason R. Carpenter. She is dedicated to providing confidence and reassurance to her family law clients in their most challenging moments. Allissa received her Bachelor of Arts in Philosophy and a Bachelor of Arts in Political Science from Temple University. She later received her Juris Doctor at the Temple University Beasley School of Law. Allissa has been a member of the Pennsylvania Bar since 2019. Allissa's legal career kicked off when she interned with the Honorable Jeffery D....
Compare Save

Free ConsultationDUI and Criminal
Dickinson School of Law and University of Limerick Law Department
Show Preview
View Website View Lawyer Profile Email Lawyer
Attorney McShane is a trial attorney who specializes in using forensic science in defending citizens amongst us who have been accused of a crime by the Government. He is nationally known and well regarded for being a skilled and fierce litigator, but is also well known for his strong understanding and in-depth knowledge in all forms of forensic science. He earned the American Chemical Society-Chemistry and the Law Division (ACS-CHAL) designation as Forensic Lawyer Scientist (The first attorney in the United States to be designated as such). He has earned Board Certification both in DUI Defense Law by the National...
Compare Save

DUI, Criminal, Personal Injury and Traffic Tickets
Temple University Beasley School of Law
Show Preview
View Website View Lawyer Profile Email Lawyer
My interests lie in representing those whose disputes require a skilled lawyer in the courtroom. As a graduate of Temple University School of Law's famed trial advocacy program, I acquired the necessary skills, techniques and experience to serve my clients well, both pre-trial and at trial. I thrive in and am comfortable in competitive situations and parlay that into good results for my clients.
Compare Save