Mr. Richards relocated to Las Vegas, Nevada from Salt Lake City, Utah in 2003. Prior to practicing law, Mr. Richards served in the United States Marine Corps from 1997 until 2003. He participated in Operation Noble Eagle and Operation Iraqi Freedom as a non-commissioned officer with Fox Co. 2nd Bn, 23rd Marines. Mr. Richards also worked in the construction industry for several years, both before and after his service in the United States Marine Corps, building single family residential production homes in...
Compare Save

A veteran attorney with experience in high profile litigation, Andre has extensive knowledge and experience in both commercial and personal legal matters. He has represented businesses and individuals in litigation concerning contractual matters, employment issues, wrongful death cases involving egregious violations of civil rights by law enforcement, and serious personal injury. He leads a team of talented, dedicated attorneys, paralegals, legal assistants and investigators, who...
Compare Save

Employment and Personal Injury
DePaul College of Law
Show Preview
View Website View Lawyer Profile
Christian Gabroy is a sole practitioner at Gabroy Law Offices. He specializes in tort law, class action litigation, and trial litigation at both the federal and state level. He is bar associated in Illinois and Nevada.
Compare Save

Claimed Lawyer ProfileBlawg SearchSocial Media
Matthew C. Piccolo
Las Vegas, NV Employment Law Lawyer with 7 years of experience
(702) 630-5030 8565 S Eastern Ave Ste 150
Las Vegas, NV 89123
Free ConsultationEmployment and Civil Rights
Michigan State University
Show Preview
View Website View Lawyer Profile Email Lawyer
I am the owner of Piccolo Law Offices, an attorney, and a counselor at law. I serve clients in Nevada and Utah. I have a client-centered practice. I enjoy interacting with my clients directly and working personally to meet their legal needs from beginning to end. I keep my fees affordable by maintaining low overhead costs and by being efficient. I primarily practice employment law representing employees, but I also do civil rights and constitutional law. For civil rights, my focus is public accommodations and other discrimination; I do not handle prisoner or police misconduct cases.
Compare Save

Employment, Business, IP and Workers' Comp
Western State University College of Law
Show Preview
View Lawyer Profile Email Lawyer
Michael P. Balaban has handled labor and employment cases for mostly employees since 1997. During that time Michael has represented numerous clients in cases involving discrimination or other employment related claims, including cases brought under Title VII, the Americans with Disabilities Act, the Age Discrimination in Employment Act, the Family Medical Leave Act, for wrongful termination, for whistle blowing, for wages and hours disputes, for unemployment benefits and for employment benefits. Michael believes his “hands on style” and preparedness is the key to the success he has achieved for his clients over the years. Labor and Employment law is...
Compare Save

Mr. Shouse learned personal injury law by first working on the other side. He defended large insurance companies at Sidley & Austin, one of the...
Compare Save

Free ConsultationOffers Video ConferencingVideo ConfEmployment, Legal Malpractice, Personal Injury and Workers' Comp
UNLV William S. Boyd School of Law and UNLV William S. Boyd School of Law
Show Preview
View Website View Lawyer Profile Email Lawyer
Originally from the sunny beaches of Southern California, attorney Timothy Revero transplanted to Nevada in 2014 to pursue a career in law. However, before he did, Timothy practiced as a Registered Nurse in California for almost 10 years starting in 2008. He received a certification in Advanced Emergency Trauma Nursing and eventually went on to earn a Bachelor of Science Degree in Nursing from the University of Phoenix in 2011. Timothy was a seasoned and skilled Registered Nurse specializing in the areas of Emergency/Trauma, ICU, Pediatric Emergency, and Mobile Intensive Care Transport. Later he became a professional traveling nurse practicing...
Compare Save

Alberto was inspired to become a lawyer after his 6th grade teacher encouraged him to research the legal profession. He was in awe of how lawyers were able to help people, and he decided to pursue a career in the legal field. Alberto...
Compare Save

Jonathan was inspired to become a lawyer due to his natural drive to help people. He knows that when people need the services of an attorney, they are often scared, frustrated, and hurt. He likes helping to relieve that burden by explaining the litigation process and helping them to understand that they have someone...
Compare Save

As an attorney, Kristina enjoys helping her clients resolve their legal issues, while also helping them understand the legal process. Additionally, she loves helping new attorneys with forms and organizational ideas.

When she’s not working, Kristina enjoys playing board...
Compare Save

I was 23, uninsured, and injured on my stagehand job. To fight for getting my hospital bills paid, I hired a lawyer. He inspired me, and for the next seven years, I worked and saved for law school.

When I graduated, a big law firm hired me to fight for businesses in court. But I wanted to fight for employees, and eight years later, I opened my own firm and became a small business owner myself. I learned, however, that lawsuits rarely have real “winners.” Real...
Compare Save 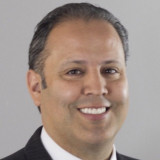