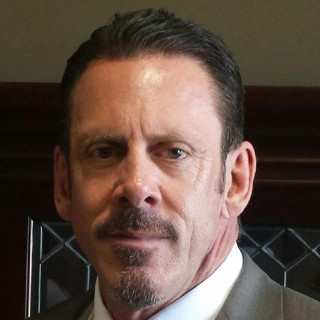 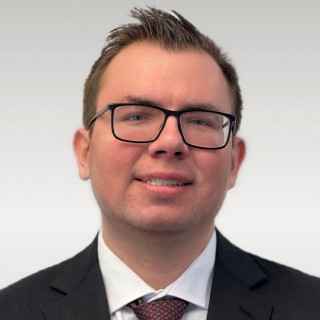 PREMIUM
Zachary Hadenfeldt
Lawyer Serving Seward, NE
Nebraska Lawyer
When facing a divorce or other family law matters, you can often feel alone and overwhelmed by the situation. Having an attorney that you can trust on your side can make all of the difference and give you some peace of... Read More »
View ProfileVideo Conferencing
Contact Now
View Website View Profile Call Email Lawyer Email Lawyer
Compare Save

Claimed Lawyer ProfileOffers Video ConferencingSocial Media
Michael Joseph Wilson
Seward, NE Lawyer with 18 years of experience
(402) 466-8444 139 S 6th St
Seward, NE 68434
Offers Video ConferencingVideo ConfAppeals, Criminal, DUI and White Collar Crime
Michigan State University College of Law
Show Preview
View Website View Lawyer Profile Email Lawyer
Mike Wilson has devoted his career to protecting his clients, whether those clients have been charged with a crime or have been damaged by either negligence or intentional bad acts. Mike represents clients in criminal trials in both the State and Federal Courts, defending clients charged with everything from misdemeanors to murder. Of note are Mike’s results in the field of criminal appellate and postconviction practice, where he has obtained new trials for clients convicted of serious felonies, including both attempted murder and first-degree murder. Mike has argued many of these appeals before the Nebraska Supreme Court,...
Compare Save

Claimed Lawyer ProfileSocial Media
Seth Morris
Seward, NE Attorney with 8 years of experience
(402) 466-8444 139 S 6th St
Suite 210
Seward, NE 68434
Free ConsultationDUI and Personal Injury
University of Nebraska College of Law
Show Preview
View Website View Lawyer Profile Email Lawyer
Seth Morris has a long successful history of protecting his client’s rights in the courtroom. Seth recently won a nationally-publicized criminal case where he earned an acquittal for a client wrongly accused of resisting arrest and obstructing a police officer. The case was one of the first in Nebraska in which cameras were allowed in the courtroom.

(1 Peer Review)
(402) 466-8444 6940 O St.
Suite 400
Lincoln, NE 68510
Free ConsultationOffers Video ConferencingVideo ConfLincoln, NE Lawyer with 19 years of experience
DUI, Domestic Violence, Military and White Collar Crime
Creighton University
Show Preview
View Website View Lawyer Profile Email Lawyer
Berry Law has led fights against unjust prosecutions and government overreach since 1965. This team of warrior lawyers knows what it takes to win in the courtroom and beyond. John S. Berry Jr. helps his clients fight some of the most important battles of their lives. John has not only led successful teams in the courtroom, resulting in several jury trial victories, but has also led soldiers in deployments to Iraq and Bosnia. John personifies the warrior ethos that is the foundation for Berry Law’s success. Beyond the battlefield and the courtroom, John’s leadership experience extends to community organizations locally and...
Compare Save

Offers Video ConferencingVideo ConfDivorce, Family and Juvenile
University of South Dakota School of Law
Show Preview
View Website View Lawyer Profile Email Lawyer
Vanessa attended the University of South Dakota for college, graduate school, and law school, and earned her J.D. from the University of South Dakota School of Law in 2005. She is a member of the Thomas Sterling Honor Society, the highest honor bestowed upon the top 10% of students in each USD Law graduating class. Prior to moving to Lincoln in 2008, Vanessa practiced law in rural northeastern Nebraska. Throughout her career, Vanessa has concentrated on representing individuals in family law, juvenile law, and guardianship/adoption matters in probate court. Vanessa was honored to be part of the 2008-2009 Nebraska...
Compare Save

Claimed Lawyer ProfileSocial Media
Justin B. Kalemkiarian
Lincoln, NE Attorney with 10 years of experience
(402) 466-8444 6940 O St, Suite 400
Lincoln, NE 68510
Free ConsultationCriminal and DUI
University of Iowa
Show Preview
View Website View Lawyer Profile Email Lawyer
Justin Kalemkiarian knows people. With a bachelor’s degree in psychology, a Juris Doctorate from the University of Iowa, and a background in business development, non-profits, law, and foreign affairs, Justin has an intimidating arsenal of experience that’s crafted to help his clients’ lives and get them the best results, every time. Justin’s love for people has been the foundation of his career and the reason for his pursuit into law. After working in government and non-profit work, Justin saw how the rule of law can affect the everyday lives of people. Determined to bring justice into others’ lives, Justin began pursuing...
Compare Save 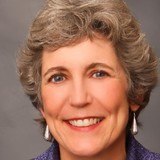 Claimed Lawyer ProfileBlawg SearchSocial Media
Stephani Bennett
Lincoln, NE Attorney with 8 years of experience
(402) 466-8444 6940 O St, Suite 400
Lincoln, NE 68510
Military
University of Nebraska College of Law
Show Preview
View Website View Lawyer Profile Email Lawyer
Stephani Bennett served in the Air Force as an Airborne Cryptologic Linguist. She received her Bachelor’s degree from the University of Nebraska at Omaha and her Juris Doctor from the University of Nebraska College of Law. In law school, she clerked for attorneys in Lincoln and Omaha and served as vice president of a student organization responsible for setting up five events a year. Stephani practiced Family Law, Criminal Law, and Native American Law before finding a passion for Veterans’ Benefits Law. She is a strong proponent of Constitutional rights, particularly with regard to the Second Amendment. Stephani joined the...
Compare Save

Claimed Lawyer Profile
Jordan J. Mruz
Lincoln, NE Lawyer with 8 years of experience
(402) 434-5200 4645 Normal Blvd., Ste. 272
Lincoln, NE 68506
Free ConsultationCriminal, Divorce, Estate Planning and Probate
University of Nebraska College of Law
Show Preview
View Website View Lawyer Profile Email Lawyer
Jordan will accept cases in the following counties: Lancaster, Saunders, Seward, York, Butler, Dodge, Sarpy, Cass, Otoe, Johnson, Gage, Saline. This list is not meant to be exhaustive. If you want to know whether he takes cases in the county you have a legal question, feel free to contact him. Jordan spent the first two and a half years of his career with Fye Law Office in Holdrege, Nebraska. There he served the clients in 14 counties across Central and South Western Nebraska. He gained a great deal of trial experience with civil cases, particularly divorces involving children,...
Compare Save
Next
Lawyers in Nearby CitiesLawyers in Nearby Counties
FAQ Lawyers Get Listed