Claimed Lawyer ProfileSocial Media
Henry Samuel Morphis
HICKORY, NC Lawyer with 15 years of experience
(828) 328-5297 845 Second Street NE
HICKORY, NC 28601
Business, Elder, Estate Planning and Tax
Campbell University
Show Preview
View Website View Lawyer Profile Email Lawyer
Henry took a delayed path to entering the practice of law. After college Henry worked in the furniture industry for almost nine years. During that time he worked progressively as a staff engineer, plant manager, and head of engineering. In his final position prior to leaving the furniture industry Henry was a member of the Steering Committee for a corporation with over 250 employees and was responsible for overseeing the corporation’s IT Department, Product Development Department, and continuous efficiency improvement initiative. Henry decided in 2003 to pursue a different career as an attorney and joined Young,...
Compare Save 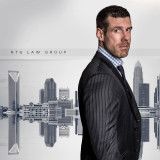 Free ConsultationCriminal, DWI, Personal Injury and Traffic Tickets
West Virginia University College of Law
Show Preview
View Website View Lawyer Profile Email Lawyer
I love competition and thrive on being a trial lawyer. I'm known as the 'DWI Guy' and 100% own it. It's what I do. I'm in the Legal Elite Hall of Fame as my colleagues voted me as North Carolina's Top Criminal Law Attorney in 2016. I appreciate all the awards and recognition, from serving on Law Review to Business NC's Top 30 Under 30, to Super Lawyers, to the National Trial Lawyer's Top 40 Under 40, but it's helping people that makes me truly happy. 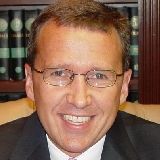 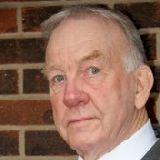 Claimed Lawyer ProfileSocial Media
Walter Patterson II
Statesville, NC Lawyer with 50 years of experience
(855) 860-2150 301 N. Center St.
PO Box 786
Statesville, NC 28687
Free ConsultationSocial Security Disability
University of North Carolina School of Law
Show Preview
View Website View Lawyer Profile Email Lawyer
Walter joined the Law Office of Patton Brown Law in July 2013 following the merger of this Law Office and his existing disability practice. Prior to the merger, he was in practice with the firm of Lewis & Patterson in Statesville, having joined the predecessor of that firm after graduation from UNC Law School in August 1971. Walter earned a BA degree in History in 1962. Walter served in the US Marine Corps and US Navy. He served 6 years with INS (Border Patrol) throughout the United States. Walter’s first exposure to Social Security disability...
Compare Save 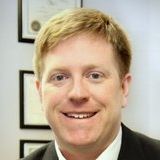 Claimed Lawyer ProfileSocial Media
C. Jason Ralston
Statesville, NC Attorney with 20 years of experience
Statesville, NC 28677
Criminal, Divorce, Family and Real Estate
Cumberland School of Law, Samford University
Show Preview
View Website View Lawyer Profile Email Lawyer
Jason is a 1993 graduate of Oak Ridge Military Academy. From there, he attended The Citadel, the military college of South Carolina. He earned his Bachelor of Arts in business administration in 1997. Jason attended Cumberland School of Law, at Samford University, in Birmingham, Alabama where he received his Juris Doctorate in 2000. He has been a member of the North Carolina State Bar since 2001. Jason has practiced law full time in the Iredell County and surrounding areas since 2001 and joined the firm of Gottholm, Ralston and Benton, PLLC in 2014. Jason practices primarily in...
Compare Save 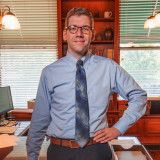 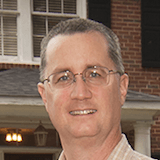 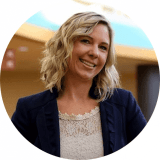 Claimed Lawyer ProfileSocial Media
Hon. Martin J. Gottholm
Statesville, NC Lawyer with 28 years of experience
(704) 878-0757 117 N. Kelly Street
Statesville, NC 28677
Criminal, DWI, Domestic Violence and Traffic Tickets
Wake Forest University School of Law
Show Preview
View Website View Lawyer Profile
Martin is a partner at Gottholm, Ralston and Benton, PLLC. In almost 20 years of practicing law, his experience includes roles as an assistant District Attorney and District Court Judge. Martin practices primarily in the area of criminal defense. He has represented clients on charges ranging from speeding tickets to first degree murder. Having been a former Judge and Prosecutor has brought Martin a varied perspective and wealth of experience as a criminal defense Attorney. That experience is both recognized by his peers and appreciated by his clients. You will find no one more zealous and committed to advocating on...
Compare Save

Free ConsultationCriminal, DWI, Estate Planning and Traffic Tickets
Show Preview
View Website View Lawyer Profile Email Lawyer
Bryan is the Managing Partner at Harbinson, Brzykcy & Corbett, LLP, located in his hometown of Statesville, North Carolina, and serves citizens in an around Iredell and Alexander counties. Bryan's areas of practice include traffic violations, DWI arrests, criminal defense, family law, personal injury, estate planning, and business/civil litigation. Bryan takes enormous pride in his community and looks forward to continuing to enrich the lives of friends and neighbors in the months and years ahead.
Compare Save