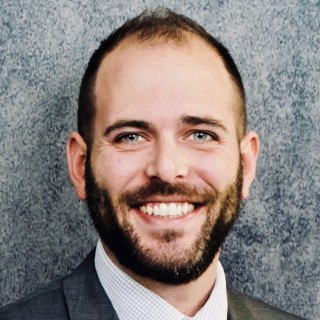 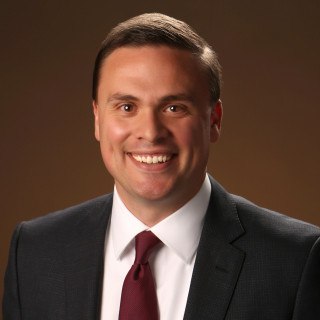 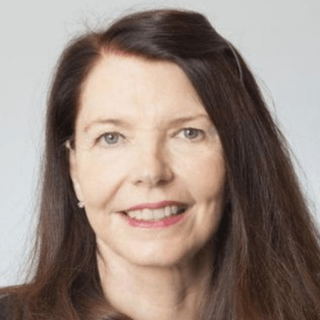 Merry Fountain's own experience as a victim in an auto collision motivated her to became a personal injury lawyer. Before she was an attorney she was injured when a large truck ran into the side of her car. The... Read More »
View Profile
Compare Save
Free Consultation
View Website View Profile Call Email Lawyer Email Lawyer
Arthur R. Baxter Jr. Compare Save 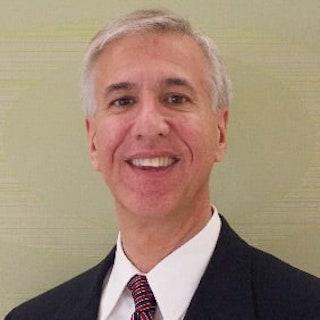 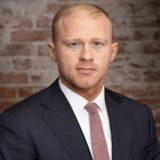 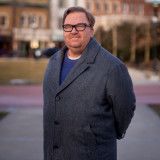 
Noblesville, IN 46060
Free ConsultationPersonal Injury, Medical Malpractice, Products Liability and Workers' Comp
Indiana University Maurer School of Law
Compare Save
Show Preview
View Website View Lawyer Profile Email Lawyer
Let's face it. We've been doing this a long time.  And we love what we do. The lawyers of Shaw Law Offices -- the Indiana Slip and Fall Attorneys. See us at "slipandfall.com."  That's right, we own the cause of action in our website.  That's how much we love what we do. Like Muhammad Ali the boxer famously said, "It's Not Bragging if You Can Back it Up." And with age and experience comes a little bit of "know-how."  So, here's 5 things we do to help you in the often-confusing path of a personal injury lawsuit: 1.  We Visit the Site... 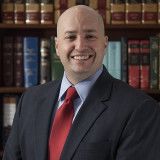 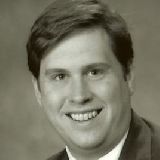 
Noblesville, IN 46062
Personal Injury
Compare Save
Show Preview
View Website View Lawyer Profile
A graduate of Purdue University, where he was named a Dean’s Scholar, Thomas B. O’Farrell earned his law degree from Indiana University at Indianapolis. A former clerk for the Indiana Attorney General, Mr. O’Farrell has gained extensive trial and appellate experience, including oral argument before the Indiana Court of Appeals and the United States Court of Appeals for the Seventh Circuit. Mr. O’Farrell advises clients on diverse issues such as: personal injury suits, bankruptcy, criminal law, appeals, estate planning, and business law. 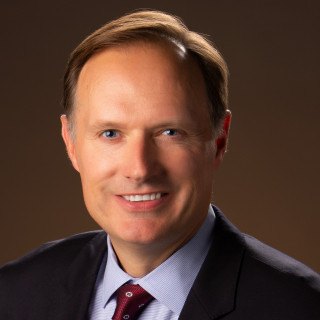 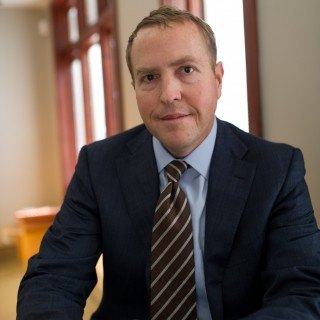 For over 25 years, I have devoted my practice to exclusively representing people injured by the negligence of another. I will fight for your rights! Visit my website for more information or call for a free consultation. Read More »
View Profile
Compare Save
Free Consultation
View Website View Profile Call Email Lawyer Email Lawyer
Paul S. Kruse Compare Save 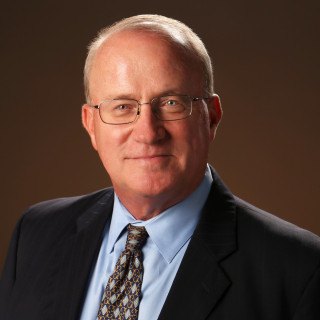 For over 35 years, Mr. Kruse has represented injury victims in over 50 counties across the State of Indiana, as well as Illinois, Kentucky, Ohio, and Michigan. He has resolved thousands of personal injury claims, through... Read More »
View Profile
Compare Save
Free Consultation
View Website View Profile Call Email Lawyer Email Lawyer

(1 Peer Review)
(844) 268-7775 14074 Trade Center Dr.
#202
Fishers, IN 46038
Free ConsultationOffers Video ChatFishers, IN Personal Injury Attorney with 21 years experience
Personal Injury, Arbitration & Mediation, Medical Malpractice and Products Liability
Drake University Law School
Compare Save
Show Preview
View Website View Lawyer Profile Email Lawyer
Todd C. Barsumian was selected by Indiana Super Lawyers as a Rising Star in 2009, 2011, 2012 and 2013 and a Super Lawyer in 2018 and 2019. Todd has been selected to The National Trial Lawyers Association: Top 40 under 40 for the State of Indiana and to the Top 100 Civil Plaintiff Trial Lawyers in Indiana. He is a recipient of the Top 100 Attorneys Lifetime Achievement Award in Indiana and has been selected to the National Association of Distinguished Counsel Nation's Top 1 Percent.

After spending 12 years at the Evansville law firm of Kahn,... 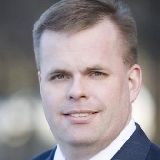 
Carmel, IN, IN 46032
Free ConsultationPersonal Injury, Criminal, DUI and Juvenile
Indiana University - Indiana University/Purdue University at Indianapolis
Compare Save
Show Preview
View Website View Lawyer Profile Email Lawyer
I was admitted to practice law throughout the state of Indiana in 1998. As a general practice lawyer, I have experience in both criminal and civil law. I practiced law for over 14 years and built a successful private practice before serving as a judicial officer in Marion County, Indiana for 3.5 years.   As a judicial officer, I was assigned to the Arrestee Processing Center (APC) and major felony drug court where I focused my efforts on problem solving and reducing recidivism through offender education efforts. Returning to private practice in October, 2016, I... 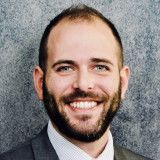 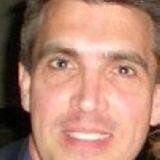 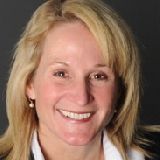 Claimed Lawyer Profile
Linda H Havel Compare Save
Fishers, IN Personal Injury Attorney with 25 years experience
(317) 525-7754 11650 N. Lantern Road, Ste. 230
Fishers, IN 46037
Free ConsultationPersonal Injury
University of Louisville
Compare Save
Show Preview
View Website View Lawyer Profile Email Lawyer
Linda has 25 plus years of experience in civil litigation and trial work. Her experience includes representing individuals who have suffered serious injuries caused by car, truck, motorcycle, and bicycle collisions, gas and fire explosions, and many other dangerous conditions caused by the negligence of others. She has represented adults and children suffering from serious brain injuries, neck and spinal injuries, burn injuries, and shoulder, wrist and leg injuries. Linda fights to obtain damages for clients including repayment of past and future medical bills, past lost wages, future vocational loss caused by a diminished capacity to earn, pain... 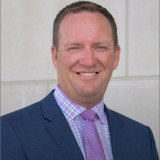 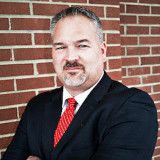 Claimed Lawyer ProfileQ&ASocial Media
K. Aaron Heifner Compare Save
Indianapolis, IN Personal Injury Lawyer with 2 years experience
(765) 635-8072 10475 Crosspoint Blvd
#234
Indianapolis, IN 46256
Free ConsultationPersonal Injury, Criminal, Divorce and Family
Indiana Institute of Technology
Compare Save
Show Preview
View Website View Lawyer Profile Email Lawyer
Attorney K. Aaron Heifner is a skilled criminal defense, family law, and personal injury attorney. He is the founder of Heifner Law Inc., where he assists clients with a broad range of legal issues, including DUI/OWI defense, probation violations, domestic violence charges, divorce, child custody and support, car accidents, and more. Attorney Heifner has developed a reputation as an aggressive advocate for parents and defendants, as well as those injured due to the negligence of another person, company, or entity. With every case he takes on, Attorney Heifner strives to provide his clients with personalized, one-on-one attention and open communication.... 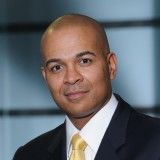 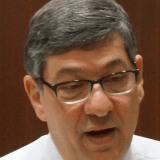 Fishers, IN 46038
Free ConsultationPersonal Injury, Divorce, Family and Juvenile
Boston University School of Law
Compare Save
Show Preview
View Website View Lawyer Profile Email Lawyer
Mr. Freedman was admitted to practice law in the State of Indiana and the United States District courts for the Northern and Southern Districts of Indiana in October 1984. Mr. Freedman began his legal career as an associate with the esteemed law firm of Barnes & Thornburg in Indianapolis. During his seven-year career at Barnes & Thornburg, he was involved in a wide range of business and personal injury litigation in both state and federal court. He represented such major clients as General Motors Corporation, Uniden Corporation, Fruehauf Corporation, Amtrak and the Soo Line Railroad. He had the opportunity...

Claimed Lawyer ProfileSocial Media
Trevor J. Crossen Compare Save
Carmel, IN Personal Injury Attorney with 24 years experience
(833) 568-6750 4661 Lisborn Drive
Carmel, IN 46033
Personal Injury, Medical Malpractice, Products Liability and Workers' Comp
Indiana University Maurer School of Law
Compare Save
Show Preview
View Website View Lawyer Profile Email Lawyer
With over 20 years of outstanding legal representation, Attorney Trevor Crossen has earned a reputation as the Indianapolis personal injury lawyer clients can trust. As founder of Crossen Law Firm, he has handled thousands of cases over his career, earning a 10.0 Superb Avvo Rating and nearly a decade of consecutive rankings to Super Lawyers® in the process. If you were injured as a result of someone else’s carelessness, now is the time to contact Crossen Law Firm and schedule a free consultation about your case. They can help you better understand your situation and proceed through your legal challenges...
Sponsored Listings
Cynthia S. Rose Compare Save 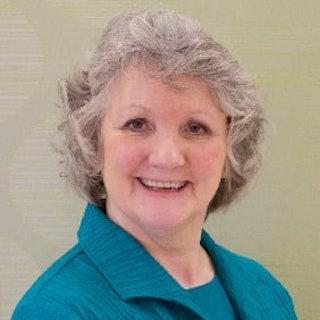 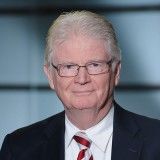 An experienced litigator, Greg has sat on both sides of the courtroom and has prosecuted a number of high profile criminal cases. Currently, his practice is concentrated on personal injury law, business and commercial trial work, and general litigation. In addition, he served for 20 years as a talk radio host on local WIBC. 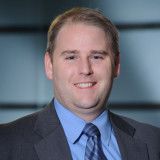 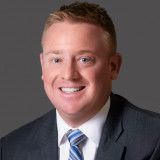 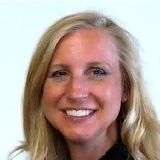 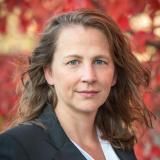 Claimed Lawyer ProfileSocial Media
Martha Mondou McDermott Compare Save
Indianapolis, IN Personal Injury Lawyer with 25 years experience
(317) 842-8283 9795 Crosspoint Blvd., #101
Indianapolis, IN 46256
Free ConsultationPersonal Injury and Collections
Indiana University Robert H. McKinney School of Law
Compare Save
Show Preview
View Website View Lawyer Profile Email Lawyer
Martha Mcdermott will help you get the compensation you deserve so that you can heal and get back to your life. She leverages over 20 years of legal experience to help put you in the best position to maximize your compensation.

Martha McDermott was born in Flint, Michigan and obtained her undergraduate degree in Political Science from the University of Iowa in 1992 and her Juris Doctorate from Indiana University in 1995. She has been practicing law with Greg and Chris Garrison since 1996. 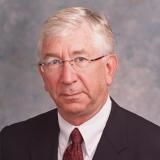