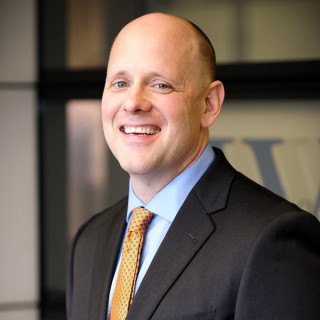 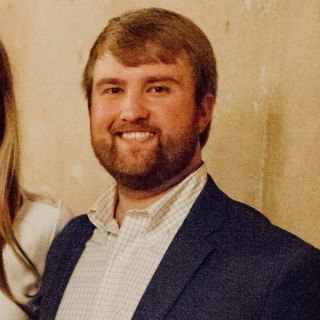 Free ConsultationTraffic Tickets, Appeals, Criminal and DWI
University of Arkansas School of Law
Show Preview
View Website View Lawyer Profile Email Lawyer
After working as a public defender in courts throughout Pulaski County from 2015 to 2016, Mike understands the potentially life-altering consequences that a single traffic ticket or seemingly minor charge can have on a person's life, let alone a felony. He works hard to ensure that collateral consequences of any arrest or conviction are minimal, thinking about how today's actions may affect clients years down the line. He approaches each case with the same passion and gusto, whether the client faces a fine, a loss of some privilege, or life behind bars. Mike's passion extends beyond his work at Lassiter...
Compare Save

Free ConsultationTraffic Tickets, Criminal, DWI and Domestic Violence
William H. Bowen School of Law
Show Preview
View Website View Lawyer Profile Email Lawyer
Like many of my clients, I was born and raised in Arkansas by a single mother. I went to high school, college and law school in Little Rock. While in law school, I developed a passion for criminal law and protecting the rights of the accused.

Since I began practicing law in 2007, I have represented hundreds of defendants from across the state of Arkansas. My clients have faced all type of charges; including, drug possession, drug trafficking, assault, battery, theft, burglary, sexual assault, rape, fraud, robbery, alcohol related offenses, fraud, domestic battery, murder and many others. I have taken criminal...
Compare Save

Traffic Tickets, Criminal, DWI and Personal Injury
University of Arkansas - Fayetteville
Show Preview
View Website View Lawyer Profile Email Lawyer
Natalie was raised in Fort Smith where she graduated from Southside High School. After obtaining a Bachelor’s in Humanities from St. Gregory’s University, she moved to Fayetteville until graduating from the University of Arkansas School of Law. She is licensed to practice law in Arkansas. While in law school, Natalie was a member of the law fraternity Delta Theta Phi and the International Law Society. She also participated in the Women’s Law Student Association, and served as Chair of Community Service. During law school, she interned for Daily and Woods in Fort Smith. Natalie was also a student attorney...
Compare Save

(1 Peer Review)
(479) 782-1125 103 North College Ave
Suite 7
Fayetteville, AR 72701
Fayetteville, AR Traffic Tickets Lawyer
Traffic Tickets, Criminal, DWI and Immigration
University of Arkansas - Fayetteville
Show Preview
View Website View Lawyer Profile Email Lawyer
Whitfield has defended over a thousand criminal cases and has about several trials a month. While in law school in Fayetteville, Whitfield was President of the Federalist Society for Law & Public Policy Studies and founder of the Criminal Law Society and a member of the International Law Society, the Christian Legal Society, and the Arkansas Trial Lawyers Association. Whitfield also obtained prestigious externships, working for the Honorable Judge Chadd Mason in the Circuit Court of Washington and Madison Counties and Congressman Steve Womack in Arkansas’ 3rd Congressional District. Whitfield grew up in Marion, Arkansas and made his...
Compare Save

Claimed Lawyer ProfileSocial Media
Gary King
Fort Smith, AR Traffic Tickets Lawyer with 35 years of experience
(479) 782-1125 300 N 6th St
Fort Smith, AR 72901
Traffic Tickets, Criminal, DWI and Immigration
William H. Bowen School of Law
Show Preview
View Website View Lawyer Profile Email Lawyer
Mr. King graduated from high school in Greenbrier, Arkansas, in 1969, before leaving to join the United States Marine Corps. After his service in the Corps, Mr. King attended Southern Arkansas University, where he earned a Bachelor of Arts Degree-History in 1981. Mr. King then attended law school at the University of Arkansas School of Law in Little Rock, where he developed an interest in Constitutional Law and issues in immigration. He earned his Juris Doctor in 1986. For the first year of Mr. King's practice, he focused on employment law issues for several Central Arkansas companies. Then, in...
Compare Save

Traffic Tickets, Criminal, DWI and Personal Injury
University of Arkansas - Fayetteville
Show Preview
View Website View Lawyer Profile Email Lawyer
James King attended Southside High School in Fort Smith, Arkansas. He was active in athletics and graduated in 2002. After high school, he attended University of Louisiana, Lafayette, and earned a Bachelor of Arts with a major in political science/pre-law and a minor in English. While in college, James King ran both Division 1 track and cross country. After completing college in 2006, James contracted to serve in the Marine Corps and in May of 2008, he attended Officers Candidate School in Quantico, Virginia. He commissioned as a Second Lieutenant on 9 August 2008. After Officers Candidate School,...
Compare Save

Free ConsultationTraffic Tickets, Criminal and DWI
Show Preview
View Website View Lawyer Profile Email Lawyer
Well, it's not really about me at all, is it? If you've found me Justia, you're either researching attorneys or have heard about me and wanted to check me out.